This variety is native to South Africa (restricted to an area in the Zuurberg mountains, Eastern Cape).

Haworthia angustifolia var. baylissii, also known as Haworthia baylissii, is a small succulent that forms rosettes of yellowish-green to dark green leaves that become purple or brown in full sun. The rosettes grow up to 3 inches (7.5 cm) in diameter, slowly offsetting to form small clumps. Leaves are erect to recurved, up to 1.6 inches (4 cm) long, up to 0.2 inches (0.5 cm) wide. They have numerous longitudinal whitish spots and irregularly spaced transparent marginal teeth. This variety has broader leaves than the normal form of Haworthia angustifolia. Flowers are white with reddish-brown or yellow-green central vein on the tepals and appear in spring on slender, usually unbranched, up to 16 inches (15 cm) tall inflorescence. 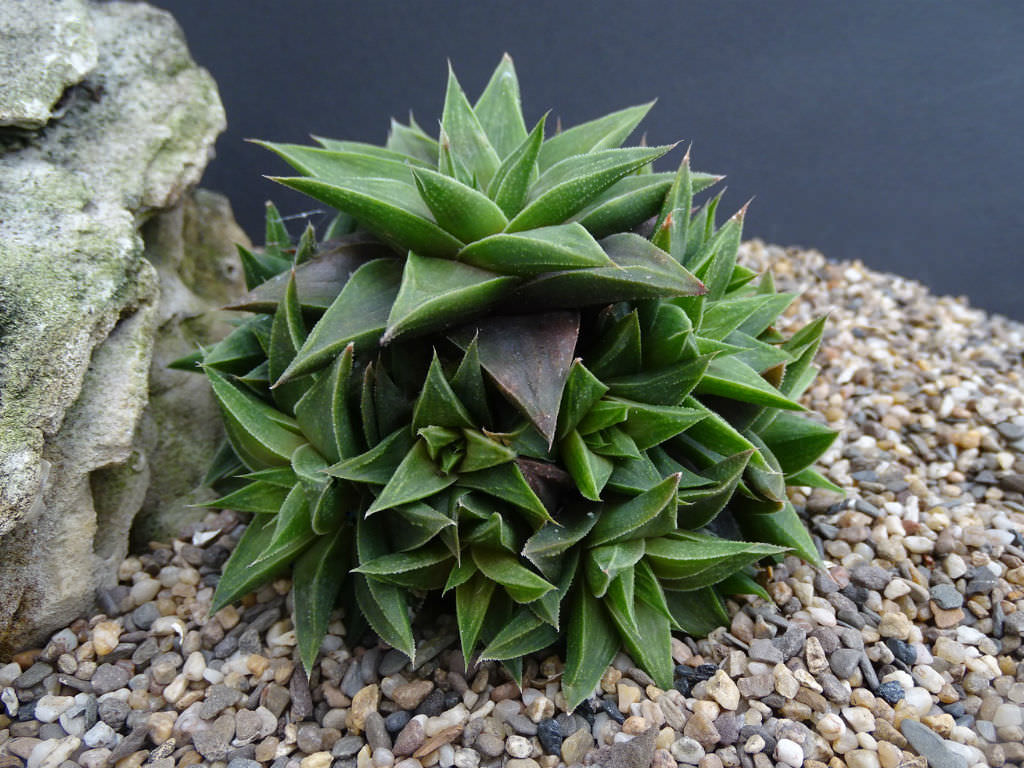 How to Grow and Care for Haworthia angustifolia var. baylissii

Light: Although some species can grow in full sun, most Haworthias are adapted to thrive in partial shade. Place the potted H. angustifolia var. baylissii in a bright area with some protection from the hottest rays of the day.

Hardiness: Haworthias like warmer temperatures in the summer but cool in the winter. However, they do not like being too cold. H. angustifolia var. baylissii can withstand temperatures as low as 30 to 50 °F (-1.1 to 10 °C), USDA hardiness zones 10a to 11b.

Watering: During the hottest summer months, when Haworthias are mostly dormant, water just enough to keep the leaves from shriveling. From fall to spring, when growth is most active, water H. angustifolia var. baylissii thoroughly, then wait until the top of the soil dries out before watering again. Water the plants less during the winter when their growth slows down significantly.

Repotting: These succulents are generally slow-growing and can stay in the same pot for years. For best health, H. angustifolia var. baylissii should be repotted into fresh soil every two to three years. 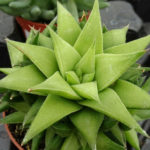 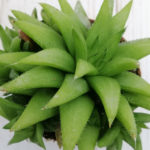 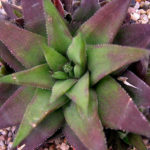