Agave tequilana is a fast-growing succulent that forms large rosettes of fleshy, blue-green to silver-green leaves that turn reddish in full sun. The rosettes grow up to 6 feet (1.8 m) tall and about the same in diameter. Leaves are lance-shaped, up to 4 feet (1.2 m) long, up to 4.8 inches (12 cm) wide, and have light to dark brown marginal teeth and a sharp, brown terminal spine. After 5 to 8 years, the rosettes mature and produce an up to 20 feet (6 m) tall flower stalk with 20 to 25 branches. Flowers are green with purple stamens and appear in summer. The rosette dies after flowering, leaving offsets to continue the life cycle.

The specific epithet "tequilana" refers to Santiago de Tequila in the State of Jalisco in Mexico. It derives from the Nahuatl "tequillan or tecuila," meaning "place of tribute."

Tequila is exclusively produced in five regions of Mexico (Jalisco and parts of Guanajuato, Tamaulipas, Michoacan, and Nayarit). It is made only from a specific cultivar of Agave tequilana called Agave tequilana 'Weber Azul'. This cultivar is a rapid grower and prolific offsetter with larger rosettes and blue-gray leaves. 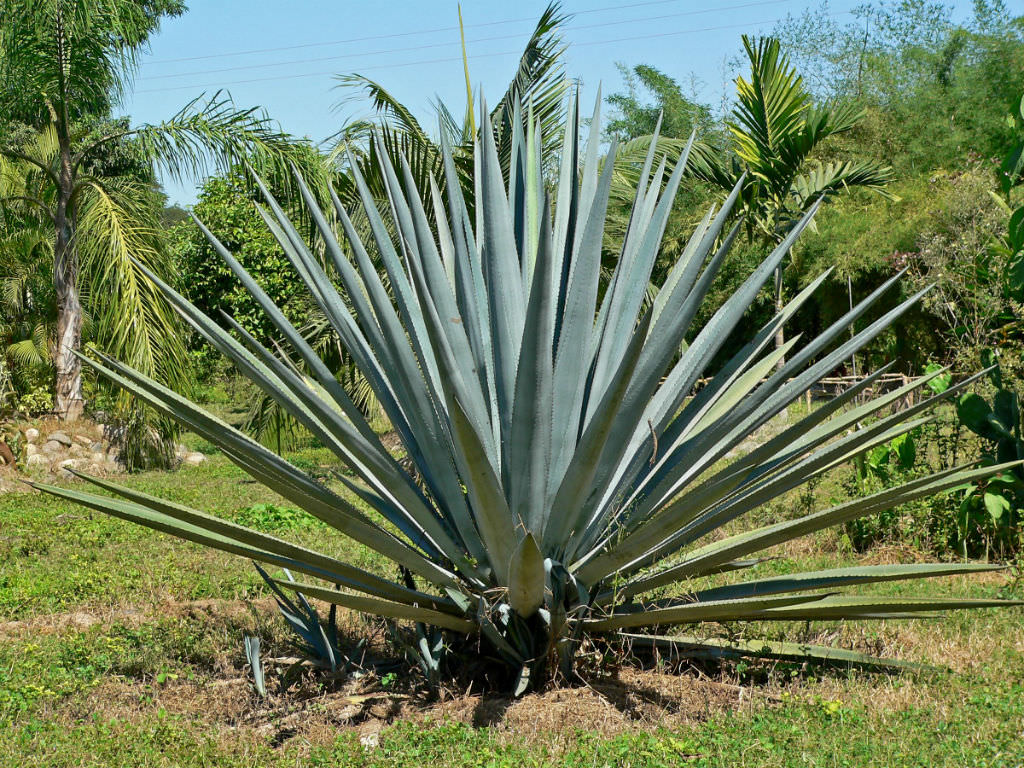 How to Grow and Care for Agave tequilana

Agave tequilana is not toxic to humans, but it may be mildly poisonous to children and pets. 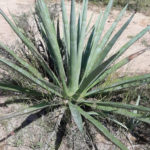 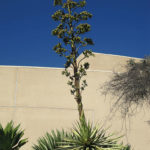 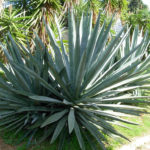 Photo by On Gardening