Orbea variegata, formerly known as Stapelia variegata, is a popular branched succulent with erect or prostrate stems that grow up to 10 inches (25 cm) long. The stems are 4-angled, toothed, and grey-green with shades of red in full sun. Flowers are star-shaped, up to 3.2 inches (8 cm) across, off-white or yellow, strongly speckled with maroon, and appear in late summer or fall. They are variable on each different clone. Fruits are up to 5 inches (12.5 cm) long and look like two horns. In the United Kingdom, Orbea variegata has gained the Royal Horticultural Society's Award of Garden Merit. 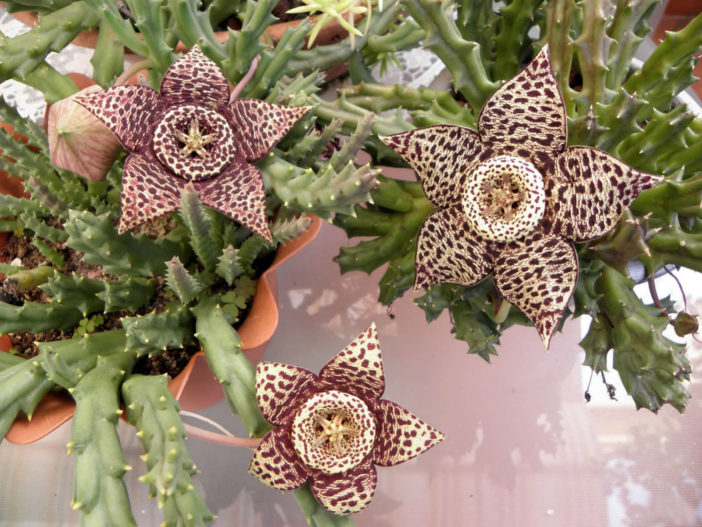 Water sparingly, allowing the soil to dry out between waterings and feed the plants during the active growing seasons. Keep almost dry in the winter, but water sparingly occasionally to prevent wrinkling. As this plant comes from a winter rainfall area, it should be given a rest period with reduced watering during the summer months.

Soil should be well-drained and rich in organic matter. It prefers a well-drained, sandy medium consisting of equal parts of washed river sand, potting soil, and topsoil.

Try to emulate its natural habitat, placing it so that it is protected from the sun during the hottest part of the day. This plant prefers early morning or late afternoon sun. When grown as an ornamental plant in temperate zones, it requires protection, as it does not tolerate freezing temperatures.

Keeping Starfish Plants and their roots free of pests such as mealybugs is the real key to success as fungal attack often occurs due to damage to stems by insects.

Propagate by seed in early spring or by cuttings of stem sections after flowering. 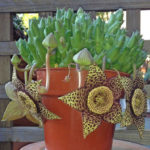 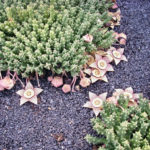 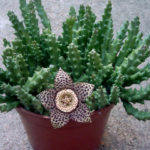