Mammillaria muehlenpfordtii is a globose cactus, solitary when young, but every single stem begins to divide dichotomously to form two stems as it matures. This process repeats several times, giving rise to small clustered groups and occasionally to large mounds with dozen of heads. Individual stems are globose, becoming cylindrical with age, up to 8 inches (20 cm) tall and up to 6 inches (15 cm) in diameter They are dark green, blue-green or grey-green with apex somewhat sunken and woolly. Spines are glassy white, or yellow. Flowers are small, bright carmine to rose-red with reddish-brown outer petals and appear in a ring near the top of the cactus. 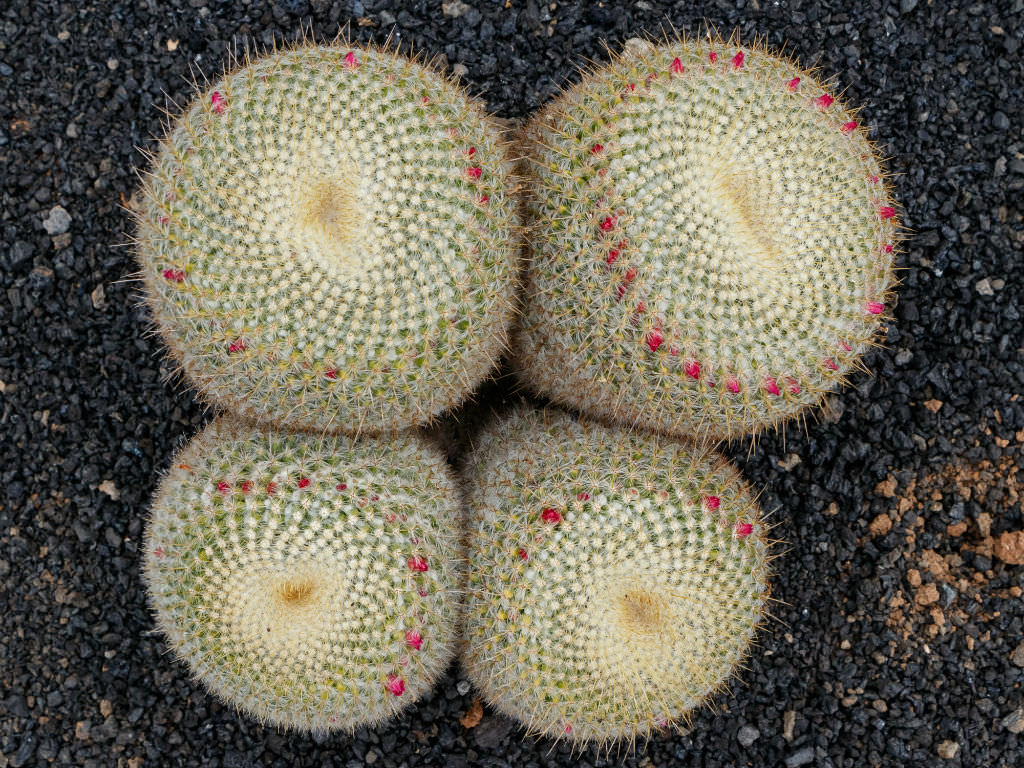 To encourage better flowering, allow the plants to enjoy a cooling period in the winter and suspend watering. Unlike many other cacti, which use their ribs as storage devices, the Mammillaria feature raised tubercles, from which spines emerge. When you water, the tubercles will expand to allow for increased water storage. The flowers emerge from the axils of these tubercles on the previous year's growth, which accounts for their interesting halo effect. The cactus mustn't be exposed to prolonged dampness and sitting water. Never let your cactus sit in a dish of water. Lastly, make sure to fertilizer during the growing season for the best results. Repot as needed, preferably during the warm season.

To repot a cactus, make sure the soil is dry before repotting, then gently remove the pot. Knock away the old soil from the roots, making sure to remove any rotted or dead roots in the process. See more at How to Grow and Care for Mammillaria. 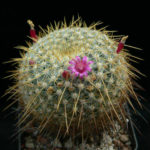 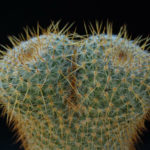 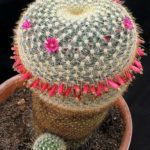