This variety is native to South Africa, a small area around Hankey in the Eastern Cape.

Haworthiopsis attenuata var. radula, formerly known as Haworthia attenuata var. radula, is a small succulent that forms rosettes of green to brownish leaves densely covered with white tubercles on both sides. The rosettes grow up to 6 inches (15 cm) tall, have a diameter equal to the height, and form a clump by producing offsets. Leaves are erect, up to 3.2 inches (8 cm) long, and up to 0.8 inches (2 cm) wide. They are longer, more elongated, and with smaller and more numerous tubercles than those of Haworthiopsis attenuata. Flowers are white with reddish-brown veins and usually appear from spring to fall on thin, up to 12 inches (30 cm) tall inflorescences.

The varietal epithet "radula" means "scraper" and refers to the rough leaves. It derives from the Latin verb "radere," meaning "to scrape." 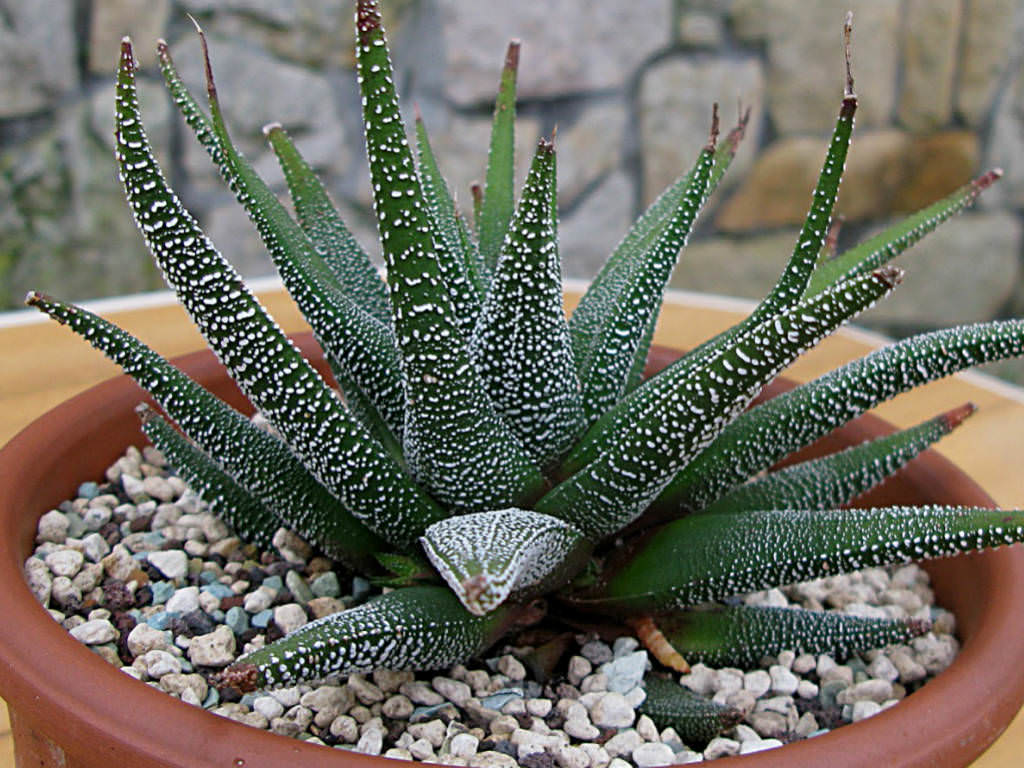 How to Grow and Care for Haworthiopsis attenuata var. radula

Light: Even though most species can tolerate full sun, these succulents thrive in semi-shaded positions. However, brighter light conditions are needed to bring out the leaf coloration.

Soil: Plant your Haworthiopsis in a commercial soil formulated for succulents or make your own well-draining potting mix.

Watering: In spring and fall, when the growth is most active, water Haworthiopsis thoroughly, then wait until the top of the soil dries out before watering again. Water your plants less during the winter when their growth slows down significantly. During the hottest summer months, when Haworthiopsis are mostly dormant, water just enough to keep the leaves from shriveling.

Fertilizing: Haworthiopsis are slow-growing succulents, and they do not require much fertilizer. Therefore, feed only with a dilute fertilizer and only from spring to fall.

Repotting: When the plant has outgrown its container, repot in the spring or early summer into a new, slightly larger pot with fresh soil.

Propagation: Haworthiopsis are mostly and easily grown from stem cuttings or by removing offsets from the mother plant.

Haworthiopsis species are generally non-toxic to humans and animals.