This species is native to South America.

Cereus repandus, also known as Cereus peruvianus, is a large shrubby or tree-like cactus with many columnar stems, usually much-branched from the base. It grows up to 33 feet (10 m) tall. Stems are gray-green to blue-green, cylindrical, sometimes segmented, each with 8 to 13 ribs and up to 8 inches (20 cm) in diameter. They are usually spineless but sometimes have many gray, up to 2 inches (5 cm) long spines. Nocturnal flowers are white with reddish tips, up to 6 inches (15 cm) in diameter, and appear from late spring to early fall. They remain open for only one night. Edible fruits, known locally as Pitaya or Peruvian Apple, are thornless, spherical or egg-shaped, up to 1.6 inches (4 cm) long, usually red, but also yellow to deep violet-red.

This species is very similar in appearance and often confused with Cereus hildmannianus.

The specific epithet "repandus" derives from a Latin word meaning "spread out or flattened back" and refers to the slightly uneven and waved ribs. 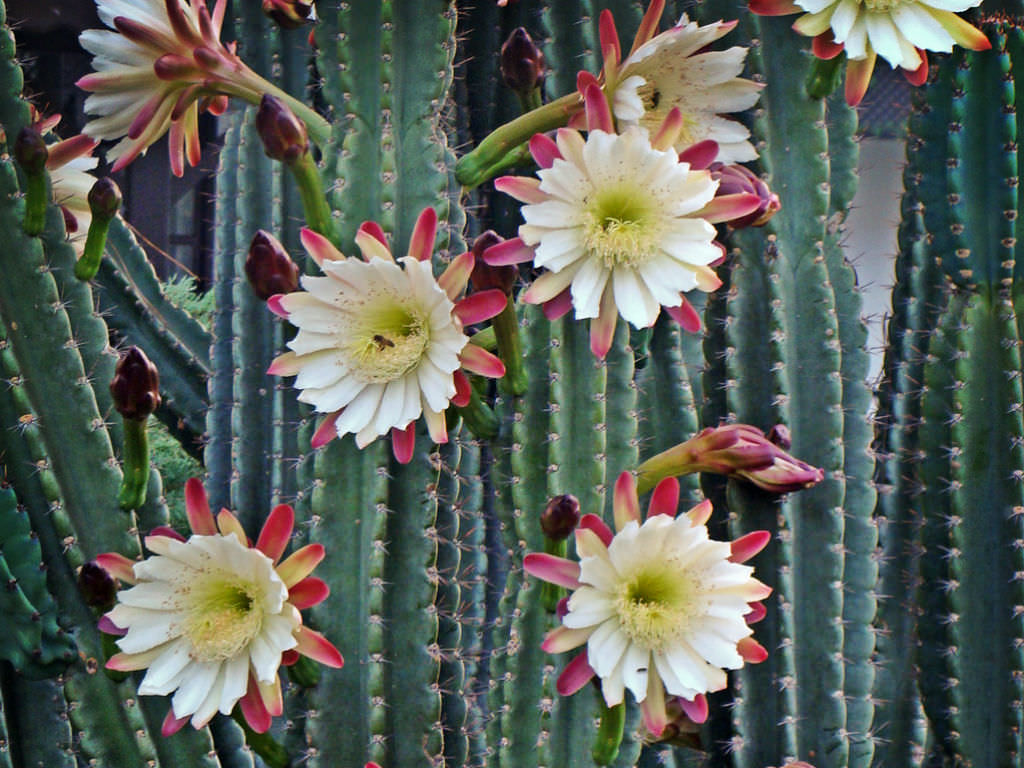 How to Grow and Care for Cereus repandus 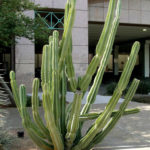 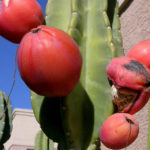 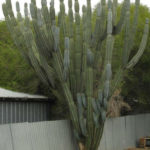