This species is native to Lesotho and South Africa.

Aristaloe aristata, formerly known as Aloe aristata, is an attractive, semi-hardy succulent that forms dense rosettes of fleshy, triangular leaves. It grows up to 8 inches (20 cm) tall and about the same in diameter. The leaves are dark green, with small white bumps, bristly margins, and tipped with a soft white spine. It produces up to 20 inches (50 cm) tall terminal panicles that bear orange-red flowers in late spring to early summer. The flowers are tubular and up to 1.6 inches (4 cm) long.

This succulent is the type and sole species of the genus Aristaloe, and it was previously included in the genus Aloe.

The specific epithet "aristata (a-ris-TAH-tuh)" is the feminine form of the Latin adjective "aristatus," meaning "having awn." It refers to the lacy edges of the leaves. 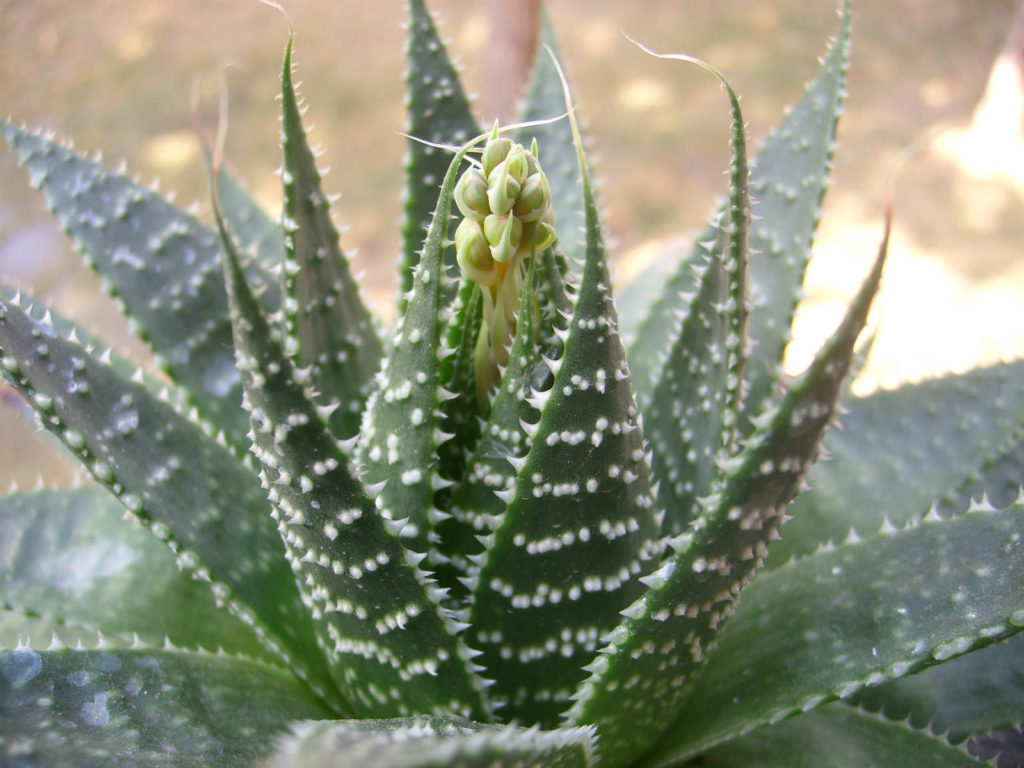 How to Grow and Care for Aristaloe aristata

Light: When growing A. aristata indoors, place your plant near a window that gets plenty of bright indirect light. Rotate the pot once or twice a week so that all sides of the plant receive equal lighting. Outdoors, provide light shade, especially during the hottest parts of the day.

Soil: Plant A. aristata in a well-drained soil mix specially formulated for succulents or make your own. Drainage is essential because too much moisture around roots can cause root rot.

Watering: This succulent does need regular watering but is very tolerant of drought conditions for short periods. Water deeply, but only when the soil is dry. Cut back on watering during the winter months. Do not let water stand in the rosettes.

Fertilizing: A. aristata generally does not require fertilizer but may benefit from the extra nutrients. Feed with a fertilizer for succulents in spring and summer only. Be sure to follow label directions.

Repotting: This plant is not particularly fast-growing and will only rarely need repotting. Repot it in the spring in a container a few inches larger in diameter every few years to keep it from becoming rootbound.

Propagation: Propagating A. aristata can be done using the offsets, cuttings, or seeds from a mature plant. Remove offsets from the mother plant or take cuttings with a sharp knife in late spring or early summer. For best results, sow seeds during the warm months.

A. aristata is not listed as toxic for people and pets.

The Pondo people use the juice of A. aristata mixed with water to wash their bodies for its tonic and refreshing effect.