x Gasteraloe beguinii is an elegant succulent with rosettes of triangular, dark green to reddish leaves covered with white tubercles. It grows up to 10 inches (25 cm) tall and blooms at the same time as Aristaloe aristata. The flowers are the same color as the flowers of A. aristata, with dark tips but no faint lines and no basal swelling. 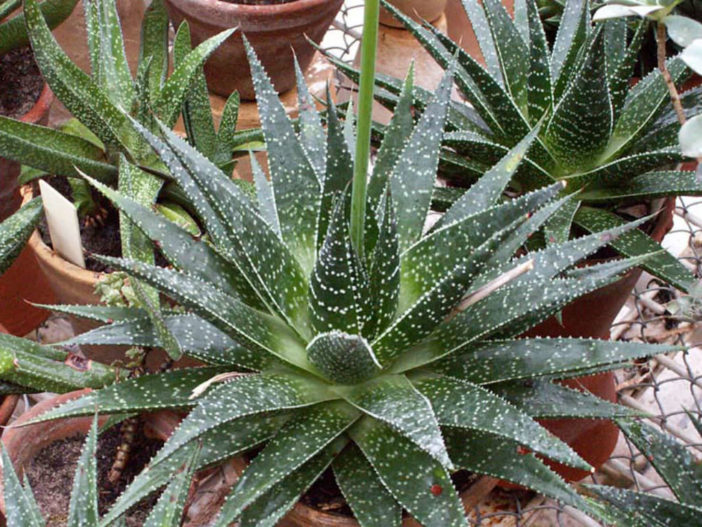 Gasterias are small, shallow-rooted, and relatively slow-growing. They are often grown in small clusters in wide, shallow dishes. Over time, clusters will naturally enlarge as the mother plant sends off small plantlets. See more at How to Grow and Care for Gasteria 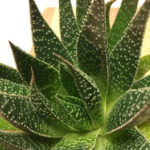 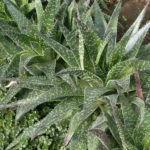