This hybrid is also sold as Aloe 'California Aloe' (not Aloe 'California', similar but a more robust plant) or Aloe 'Blue Boy' (not to be confused with one of the Kelly Griffin's hybrids with the same name).

This succulent is probably one of Edward C. Hummel's hybrids with Aloe humilis as one of the parents.

Aloe 'Blue Elf' is a popular tight-clumping succulent that forms rosettes of upright gray-blue leaves with teeth along the margins. It grows up to 18 inches (45 cm) tall and spreads up to 2 feet (60 cm) wide. The leaves turn pinkish-red when stressed. Flowers are tubular, orange and appear on showy spikes, usually from early winter to early spring. 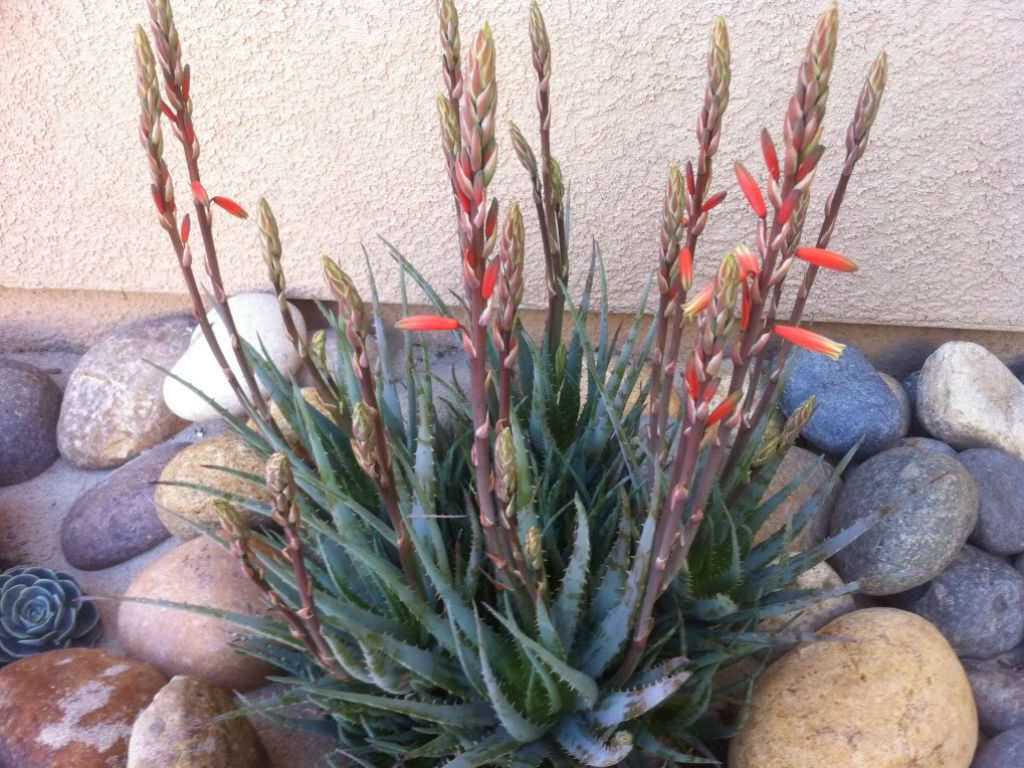 How to Grow and Care for Aloe 'Blue Elf'

Aloe 'Blue Elf' is not listed as toxic for people and pets.