Aloe humilis is a small succulent that forms dense clusters of stemless or very short-stemmed rosettes of pale blue-green leaves with irregular bumps and soft spines along the margins. The rosettes grow up to 8 inches (20 cm) in diameter. Leaves are triangular, erect or incurved, up to 4.8 inches (12 cm) long and up to 0.7 inches (1.8 cm) wide. It is a very variable species in size and shape of leaves and size, shape, and the number of bumps and marginal spines. Flowers are red-orange, pendulous, tubular, up to 2 inches (5 cm) long, and appear in late winter to spring on top of an up to 14 inches (35 cm) tall spike.

The specific epithet "humilis" derives from a Latin word meaning "low-growing or dwarf" and refers to the species' low-growing habit. 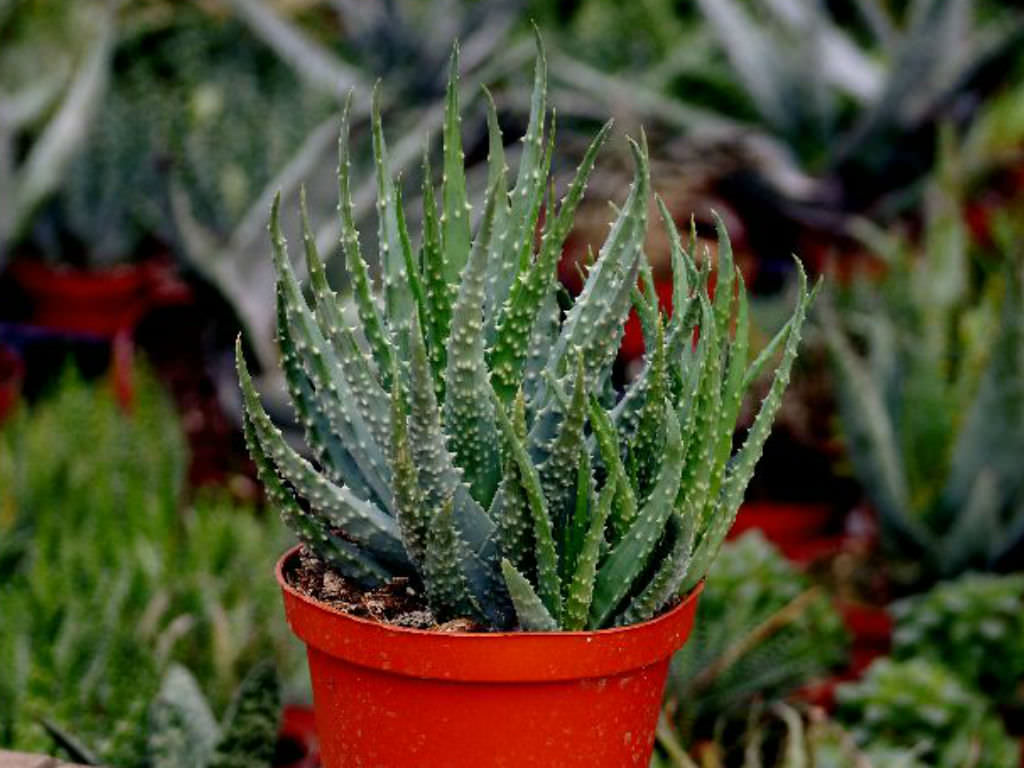 How to Grow and Care for Aloe humilis

Aloe littoralis is not listed as toxic for people and pets. 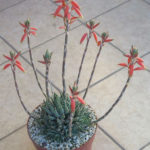 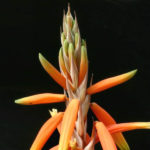