This species is native to the United States (restricted to southeastern Durango).

Agave pintilla is the smallest species from the Agave victoriae-reginae complex. It is an attractive succulent that forms rosettes of triangular, pale green to bluish-green leaves with a striking pattern of white stripes. The rosettes slowly grow up to 2 feet (60 cm) in diameter and up to 14 inches (35 cm) tall. In late spring to early summer, the mature rosettes send up a flowering stalk, up to 13.3 feet (4 m) tall, that bears greenish-white flowers.

This species was described in 2011. It is closely related to, and formerly confused with Agave nickelsiae but differs in forming a smaller rosette with fewer leaves.

The specific epithet "pintilla" derives from the local common name "Pintillo" and refers to the white stripes on the leaves. 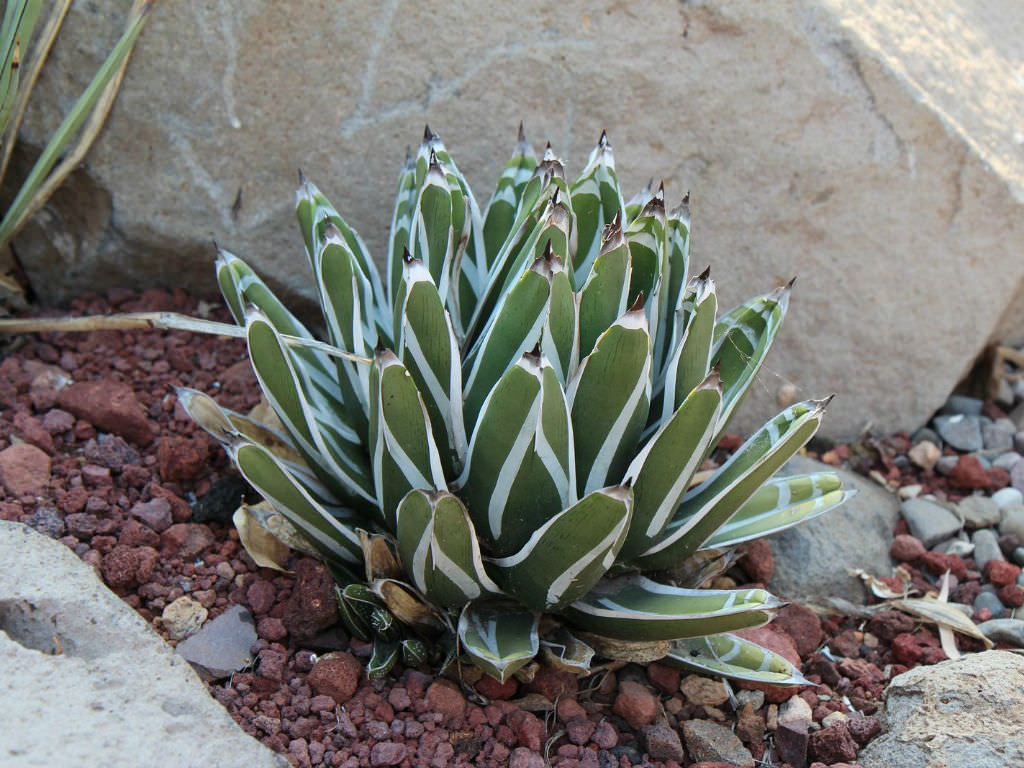 How to Grow and Care for Agave pintilla

Agave pintilla is not toxic to humans, but it may be mildly poisonous to children and pets. 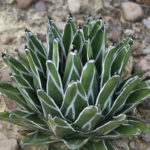 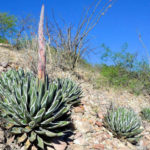 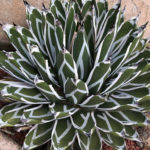