Agave desmetiana, also known as Agave de-meesteriana, is a succulent that forms rosettes of attractive dark blue-green leaves. Each leaf is fleshy, rigid, up to 40 inches (1 m) long, and up to 3.5 inches (9 cm) wide, with smooth margins and a single reddish, sharp terminal spine. Each rosette will flower only once, usually at some point between 8 to 10 years. The flowering rosette dies after flowering, but new rosettes formed by offsets from the base of the mother plant will remain. The flowering up to 8 feet (2.5 m) tall stalk rises from the center of the rosette, producing side branches containing terminal clusters of pale yellow flowers. In its native habitat, flowers typically bloom in spring to early summer. 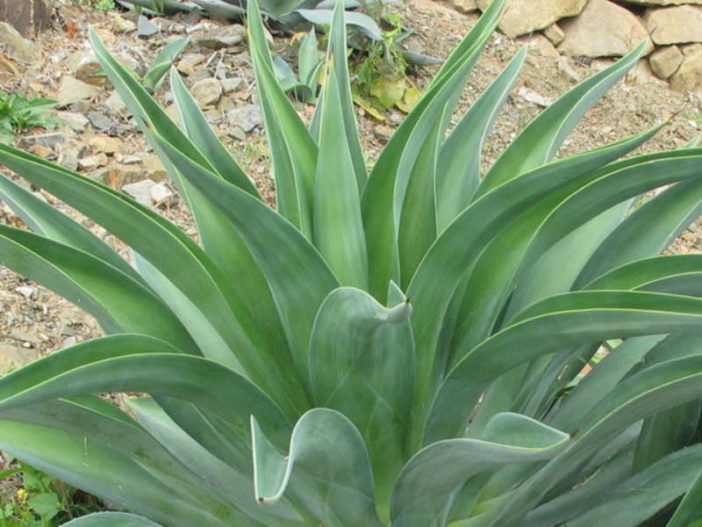 In general, Agaves do not need to be repotted every year. Most of the species commonly found in cultivation grow very slowly and take a long time to outgrow their pot. It is also best to handle your plant as little as possible since they do not like to be disturbed. When you do repot, refresh the spent soil with a new potting mix and make sure the plant is firmly anchored in its pot. However, be careful not to pot the Agave too deep as that will encourage stem rot during the growing season.

Agave desmetiana is native to tropical and subtropical eastern Mexico. 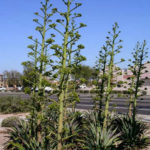 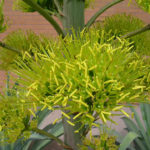 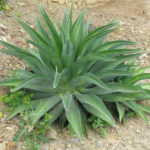