Aeonium 'Ballerina', also sold as Aeonium 'Frosty', is a succulent shrub that makes a dense mass of rosettes of grayish-green, slightly hairy leaves with white margins. It grows up to 8 inches (20 cm) tall. There is some variation in the form of the slightly sticky leaves, and reversion to the unvariegated form occurs occasionally. 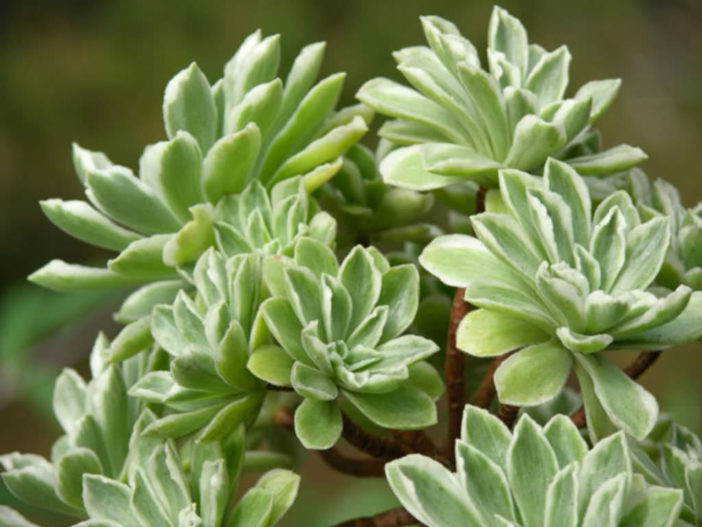 According to Rudolf Schulz, it is most likely a hybrid of Aeonium glutinosum, possibly with Aeonium canariense. 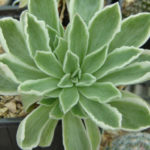 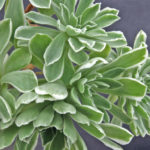