This species is native to South Africa (Eastern Cape).

Haworthiopsis sordida, formerly known as Haworthia sordida, is a slow-growing succulent that forms stemless, usually solitary rosettes of very dark green leaves. The rosettes grow up to 4 inches (10 cm) in diameter. New leaves are finely tubercled and curve outward, while the older leaves are more erect and almost without tubercles. Flowers are white and appear on long, slender stalks from late winter to early summer.

The specific epithet "sordida" derives from the Latin word  "sordidus," meaning "dirty or unclean" and refers to the accumulated dust on the leaf surfaces. 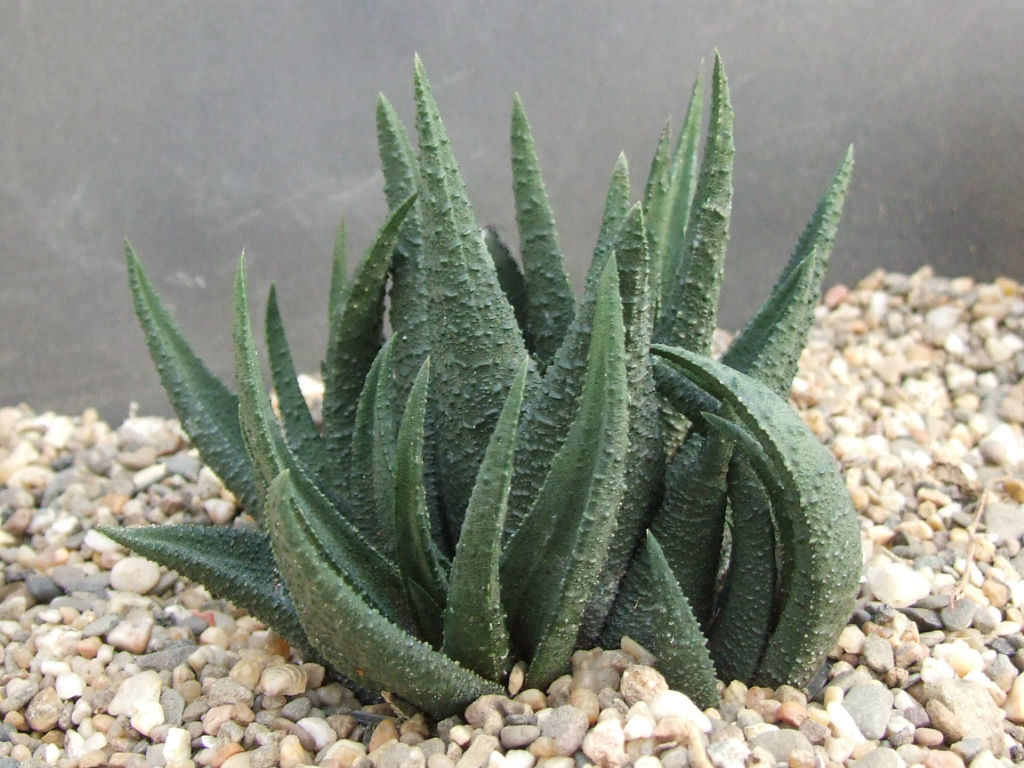 Light: Even though most species can tolerate full sun, Haworthiopsis thrive in semi-shaded positions. Any window in your home or office is likely to be an appropriate setting for H. sordida.

Soil: Plant your H. sordida in a commercial soil mix specially formulated for succulents or make your own well-draining potting mix.

Hardiness: Haworthiopsis like warmer temperatures in the summer but cool in the winter. H. sordida can withstand temperatures as low as 30 to 50 °F (-1.1 to 10 °C), USDA hardiness zones 10a to 11b.

Watering: The best way to water H. sordida is to use the "soak and dry" method. In the winter, reduce watering to once per month. Get the soil thoroughly wet and then wait until it is dry before watering again. Never allow water to sit on the rosette.

Fertilizing: Haworthiopsis are slow-growing succulents, and they do not require much fertilizer. Feed only with a dilute fertilizer and only from spring to fall.

Repotting: When H. sordida has outgrown its container, repot it in the spring or early summer into a new, slightly larger pot with fresh soil.

Propagation: Haworthiopsis are mostly and easily grown from stem cuttings or by removing offsets from the mother plant. Remove offsets and stem cuttings during the warmer months. H. sordida can also be propagated by seeds. Sow the seeds in spring.

Haworthiopsis species are generally non-toxic to humans and animals. 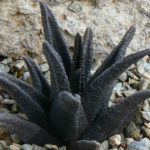