Lenophyllum is a small genus of perennial succulents that is closely related to Sedum and has been included in the genus Sedum in the past. The genus Lenophyllum contains 7 species of small succulent plants that are all distributed in Texas in the United States and northwestern Mexico. Plants in this genus are distinguished from Sedum species by the presence of terminal inflorescences, erect petals, and opposite leaves.

In the wild, Lenophyllum grows close to the ground, creating mats of stems and leaves. However, it is not widely cultivated and as a result Lenophyllum is still fairly rare in retail markets. The most common species in the United States is Lenophyllum texanum, commonly known as Texas Sedum.

Light: Always cultivate in full light, whether the plant grows in a greenhouse or outdoors.
Water: Water abundantly from spring to late summer, gradually decrease the amount of water with the arrival of autumn until suspend it during the winter.
Temperature: Do not leave it at temperatures below 40°F (5°C) during winter time.
Soil: It can grow well even in fertile soils if well drained.
Fertilizer: During summer it is recommended to use a balanced liquid fertilizer every 6 to 8 weeks. 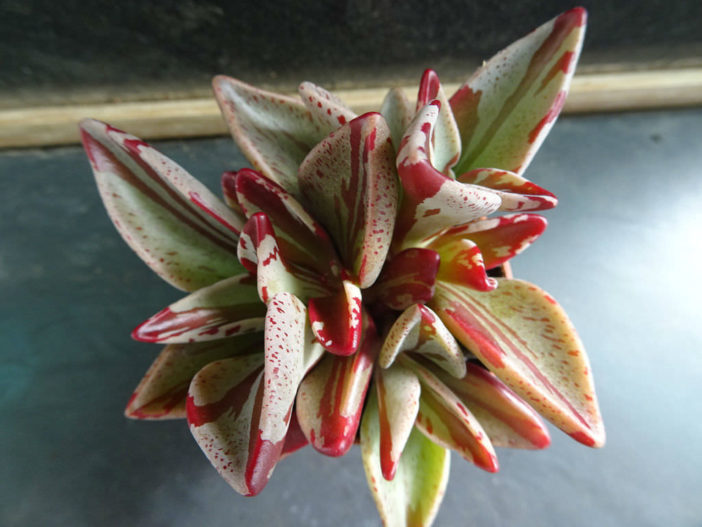 Like most desert plants, Lenophyllum is drought-tolerant and does not tolerate wet soils, especially in winter. Its small tufted habit makes Lenophyllum a great plant for a southwestern-themed rock garden or container. And of course, they are great plants for green roofs. Once established, it will produce stalks with small yellow flowers.

The repotting is not very practiced because it is likely to lose the ornamental aspect of the plant. Being small plants, however, is generally not necessary. Pruning is generally limited to the elimination of damaged parts.

Plants of the genus Lenophyllum multiply well by seed, by cuttings or by division of the bushes.

Lenophyllum is easy to propagate by simply sticking a leaf in a pot of soil. The leaf will root in and start growing with little care.