Curio is a newly described genus of about 20 succulent plants native to South Africa. It is a part of the Daisy family, Asteraceae, one of the largest families of flowering plants with about 24 000 species found throughout the world.

The genus was established by Heath in 1997 for a group of succulents, previously belonging to Senecio. The characteristics he used to separate Curio from Senecio are the evergreen nature, elongated striated succulent leaves, and discoid flower heads lacking ray florets.

There are different forms to explore in this group of plants, including low-growing, ground cover types, and the trailing cascades of String Succulents.

The generic name "Curio" derives from the Latin "curiosus," meaning "curious" and probably refers to the peculiar morphology of these plants.

Keep Curio plants in partial shade if outdoors, which is their preference in summer, and bright sunlight if indoors. Avoid intense afternoon sun in summer. They will grow in full shade but will become lank and leggy. 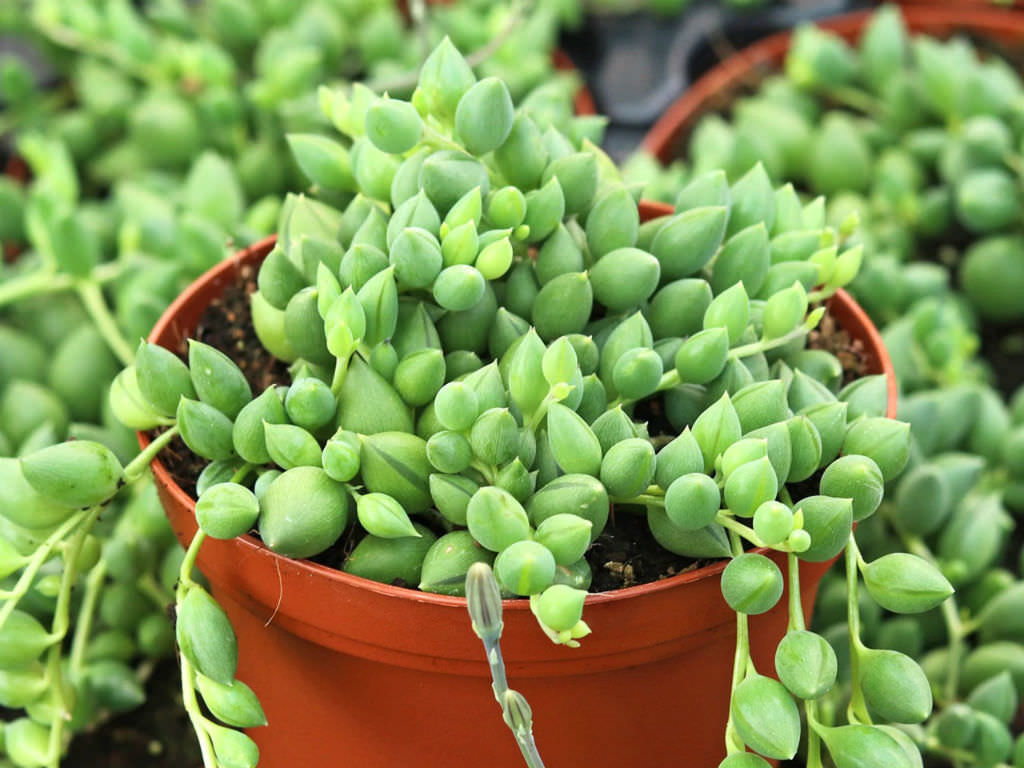 These plants prefer well-draining soil. For growing Curio indoors, it is essential to use a container with at least one drainage hole at the bottom.

Curio plants are cold hardy down to USDA hardiness zone 9a, 20 °F (-6.7 °C), but will not survive consistent temperatures below freezing.

These succulents are grown more for their beautiful foliage than for their flowers. They look good all year and need minimal care and attention.

Curio plants are drought tolerant, but the soil should never be left dry for too long. They do need some water during the growing season but be careful not to leave the soil wet for prolonged periods. Allow the soil to dry out between waterings, especially during the winter.

The member of this genus can take a bit more fertilizer than other succulents if you want them to grow fast. Fertilize the plants once a year, in summer, with a dilute solution of a balanced, water-soluble fertilizer.

You do not need to repot Curio plants often. You can do it when you see that the container becomes too small or shallow.

How to Propagate Curio

Curio plants can be grown from seeds or cuttings.

Seeds prefer warm temperatures and constant moisture to germinate. The germination can take several weeks or longer, depending on your growing environment.

Curio plants can also be grown from cuttings, taken during the spring and summer. Root the cuttings in a container in well-draining soil, placed in a warm sunny position. They can be planted in situ but should be watered at least until well-rooted. Rooting should begin within three weeks.

Pests and Diseases of Curio

Although Curio plants are not bothered by many pests, they can be affected by scale and mealybugs.

Curio plants are toxic. Grow them with great care if you have children, pets, or livestock. Wear gloves when working with these succulents, as the sap can cause severe skin irritation.