Euphorbia obesa is a dwarf, spherical, spineless succulent, grey-green with transverse red-brown or purplish bands. It can grow up to 8 inches (20 cm) tall and up to 3.5 inches (9 cm) in diameter. It has rudimentary, caducous leaves and usually eight vertical, broad, slightly raised ribs with shallow furrows in between. The small inflorescence is borne on a short peduncle from stem apices. Female and male flowers are born on different plants. The fruit is a slightly 3-angled capsule up to 0.3 inches (8 mm) in diameter. 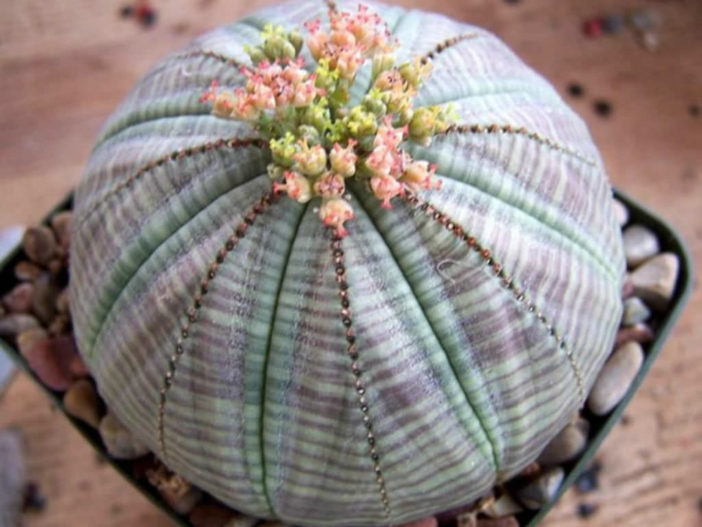 From spring through fall, water the plant thoroughly about once a week until water runs from the pot's drainage holes. At each watering, add a liquid 10-10-10 plant food at one-quarter strength, which should be about two drops of the plant food in 1 quart of water. Stop fertilizing the plant during its winter dormant period, and allow its soil to dry out before you water it again.

Euphorbia obesa is native to South Africa, especially in the Cape Province. 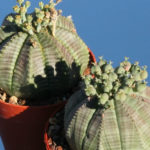 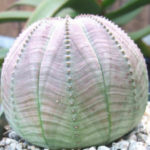 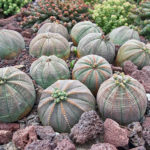