Echinopsis aurea is a small cactus with globular to short-cylindrical stems that grow up to 6 inches (15 cm) tall and up to 4 inches (10 cm) in diameter. It is usually solitary or with many basal and lateral offshoots. The stems are dark green with 14 to 15 sharp-edged ribs, separated by deep grooves. The areoles are brown on young plants. This cactus appears to be very variable regarding the number, color, and length of the spines. It has 8 to 10 radial spines up to 0.4 inches (1 cm) long. The 4 central spines are much stouter than the radials, often flattened and up to 1.2 inches (3 cm) long. The flowers are usually lemon yellow and bright yellow inside, but this species also has white, pink or red flowers. They are funnel-shaped, up to 4 inches (10 cm) long and appear in late spring and occasionally in summer. 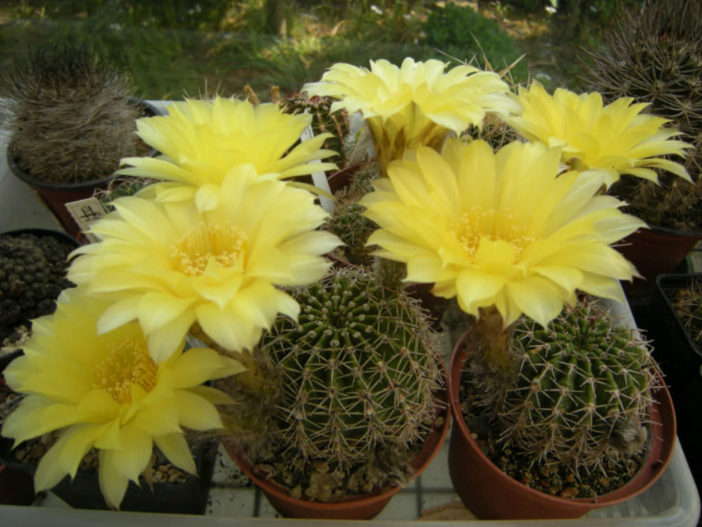 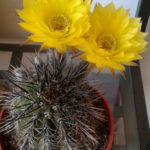 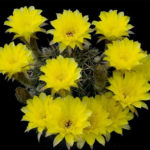