Echinopsis aurea var. dobeana is considered to be a geographical form of the very variable Echinopsis aurea. It is a clustering, globular or elongated cactus with stems up to 6 inches (15 cm) tall and up to 2.6 inches (6 cm) in diameter. It has 14 to 15 sharp-edged ribs separated by deep grooves. The areoles are Whitish or brownish. The central spines are long and brown, while the numerous radial spines are white and thinner. The flowers are showy, red, up to 4 inches (10 cm) long and up to 3 inches (7.5 cm) in diameter. They appear mid spring on into summer. 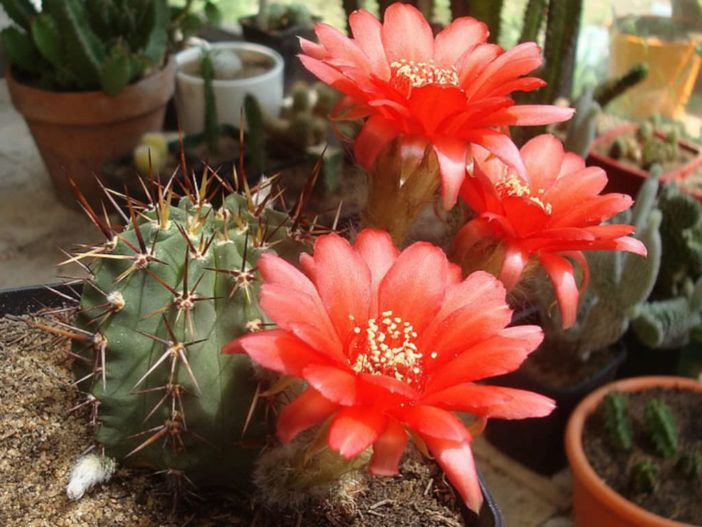 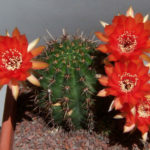 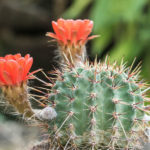 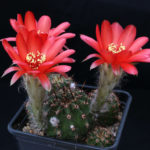