The origin of this variety is quite a mystery. It was first described in 1855 by Vincenzo Tineo based on specimens collected by his disciple Baron Enrico Pirajno (1809-1864) of Mandralisca on the Vulcano island, a small island located at the southernmost end of the seven Aeolian Islands. Twenty-two years later, in 1877, Michele Lojacono Pojero (1853-1919) did not find any wild specimens on the island Volcano but observed some plants growing in pots on the close island Lipari and referred them to a plant of probably hybrid origin.

Curio talinoides var. mandraliscae, formerly known as Senecio talinoides var. mandraliscae or Senecio mandraliscae, is a spreading succulent with pencil-like blue-gray leaves with a waxy white coating. It grows up to 18 inches (45 cm) tall. Stems are erect at first, becoming procumbent, often rooting at the nodes and forming dense mats. They grow up to 0.4 inches (1 cm) in diameter and 5 feet (1.5 m) long. Leaves are thick, fleshy, slightly curved, up to 0.5 inches (1.3 cm) in diameter, and up to 6 inches (15 cm) long. Flowers are small, rayless, dull-white, held in corymbs, and appear in summer. 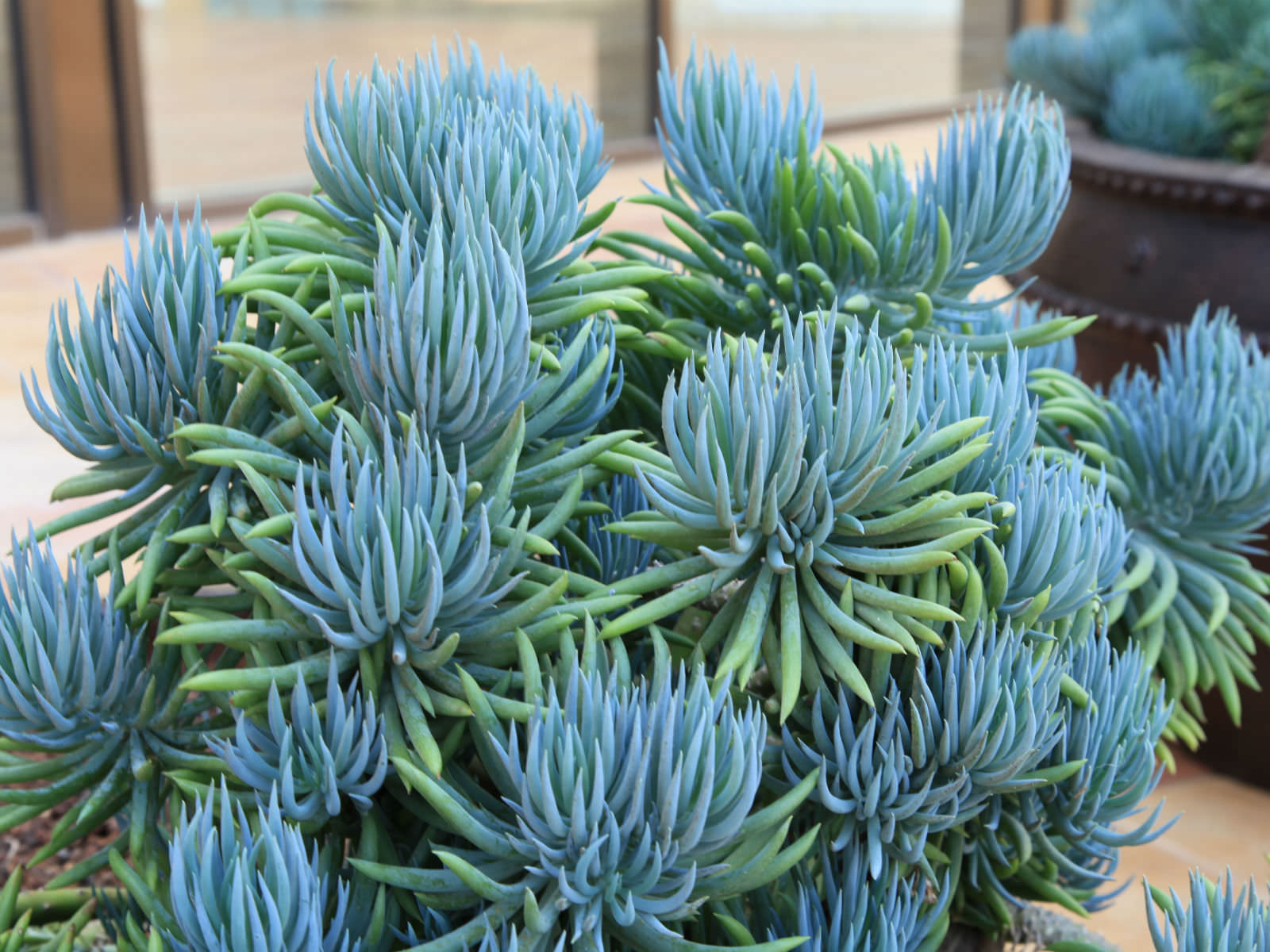 How to Grow and Care for Curio talinoides var. mandraliscae

Light: Keep Curio plants in partial shade if outdoors, which is their preference in summer, and bright sunlight if indoors. They will grow in full shade but will become lank and leggy.

Soil: These plants prefer well-draining soil. For growing Curio indoors, it is essential to use a container with at least one drainage hole at the bottom.

Watering: Curio plants are drought tolerant, but the soil should never be left dry for too long. They need some water during the growing season but be careful not to leave the soil wet for prolonged periods.

Fertilizing: The members of this genus can take a bit more fertilizer than other succulents if you want them to grow fast.

Repotting: You do not need to repot Curio plants often. You can do it when you see that the container becomes too small or shallow.

Propagation: These plants can be grown from seeds or cuttings.

Learn more at How to Grow and Care for Curio.

Curio plants are toxic. Grow them with great care if you have children, pets, or livestock.