Cereus repandus f. monstrosa, also known as Cereus peruvianus f. monstrosa, is a naturally occurring mutant of Cereus repandus. It is an unusual cactus, up to 15 feet (4.6 m) tall, with upright, branched, and irregular ribbed stems that give it a fascinating sculptural quality. Flowers are white, fragrant and appear at night in early summer. Edible fruits are globose to elongate, usually red, but also yellow to deep violet-red. 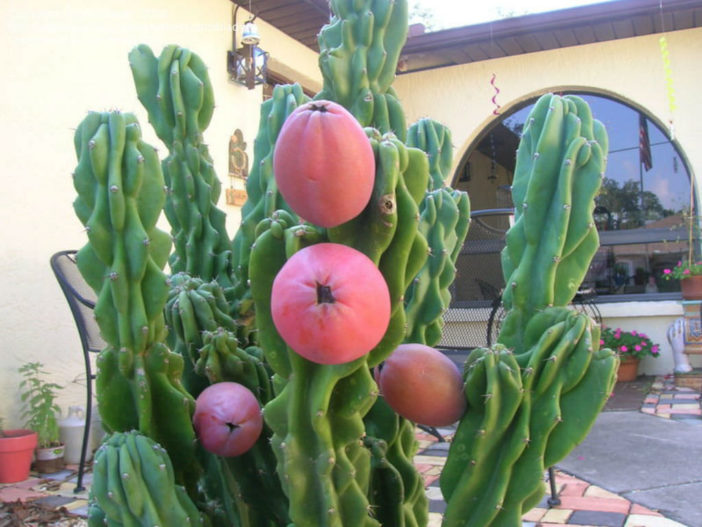 Like most cacti, Cereus are fairly low-maintenance and hardy. Make sure they receive enough water without becoming waterlogged, especially during the summer, and fertilize them for the best results. If the roots have become black or overly soft, the cactus could be experiencing root rot. Cutaway the affected parts and replant them. Most gardeners interested in cacti should be able to cultivate these without much problem.

It may become necessary to repot your Cereus if it outgrows its container. If so, make sure the soil is dry and then remove the pot. Knock away old soil and prune away any rotted or dead roots, then replace it in a new pot and backfill with new soil. Make sure not to overwater cacti planted in new pots, as this can lead to root rot. It should be left dry for about a week and then watered lightly.

These cacti propagate quite easily from cuttings. Simply sever a branch and replant in moist, well-drained soil. See more at How to Grow and Care for Cereus. 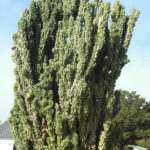 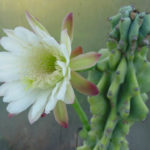 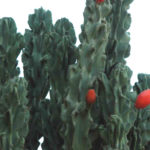