Aloe perfoliata, also known as Aloe mitriformis, is a hardy clustering succulent that forms groups of rosettes in small colonies. Instead of making upright stems, in its natural habitat, the plants have prostrate, branching stems up to 6.6 feet (2 m) long. Leaves are fleshy, thick, often curved inwards, and bluish to dark green or red. The leaf margins have small harmless, white to yellow teeth. Flowers are dull to bright red and appear in summer on branched stalks. 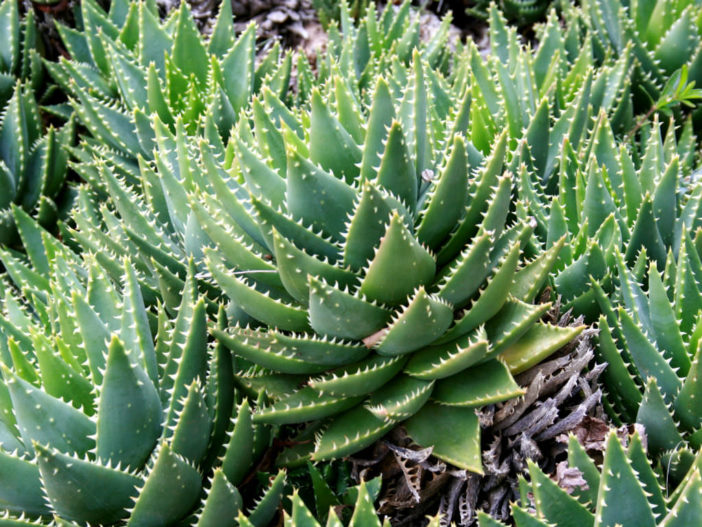 Aloe is a very forgiving plant, and a well-grown plant can be quite beautiful. As with all succulents, it's essential that Aloe is never allowed to sit in stagnant water, and the plant should be carefully monitored to watch for signs of overwatering.

Aloes are not particularly fast-growing and will only rarely need repotting. Repot plants in the spring that are tipping over their pots or have ceased growing. Use a fast-draining potting mix with one-third sand or pebbles. During the repotting of a larger plant, it is possible to carefully divide the root ball. Some kinds of Aloe will send off off-sets that can be potted independently.

These succulents need intense, bright light. They can withstand full summer sun, once acclimated. In the winter, provide bright light. It prefers warmer temperatures of 70 to 80 °F (21 to 27 °C) but will survive down to 40 °F (4.5 °C). Feed with a cactus fertilizer in the summer only. Suspend feeding in the winter as the plant goes dormant. See more at: How to Grow and Care for Aloe

Native to the Western Cape and some adjacent areas in the Northern and Eastern Cape of South Africa. 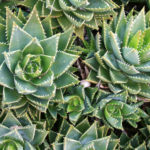 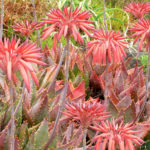 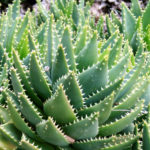