Aloe ferox is a succulent with erect, unbranched stem topped with a rosette of fleshy, dull blue-green leaves, often with a red tinge. The leaves can grow up to 3.3 feet (1 m) long and up 6 inches (15 cm) wide. They have reddish-brown spines along the margins and smaller spines on both surfaces. Leaves of the young plant are covered in spines, and as the plant gets taller, they begin to lose spines from its surfaces. The stem grows up to 10 feet (3 m) tall, usually covered by the withered old leaves. Flowers are tubular, yellow-orange to bright red, and appear in late fall to mid-winter on an erect, candelabra-like inflorescence with 5 to 8 racemes.

The specific epithet "ferox" derives from the Latin "ferus," meaning "fierce or war-like" and refers to the sharp spines of the leaves. 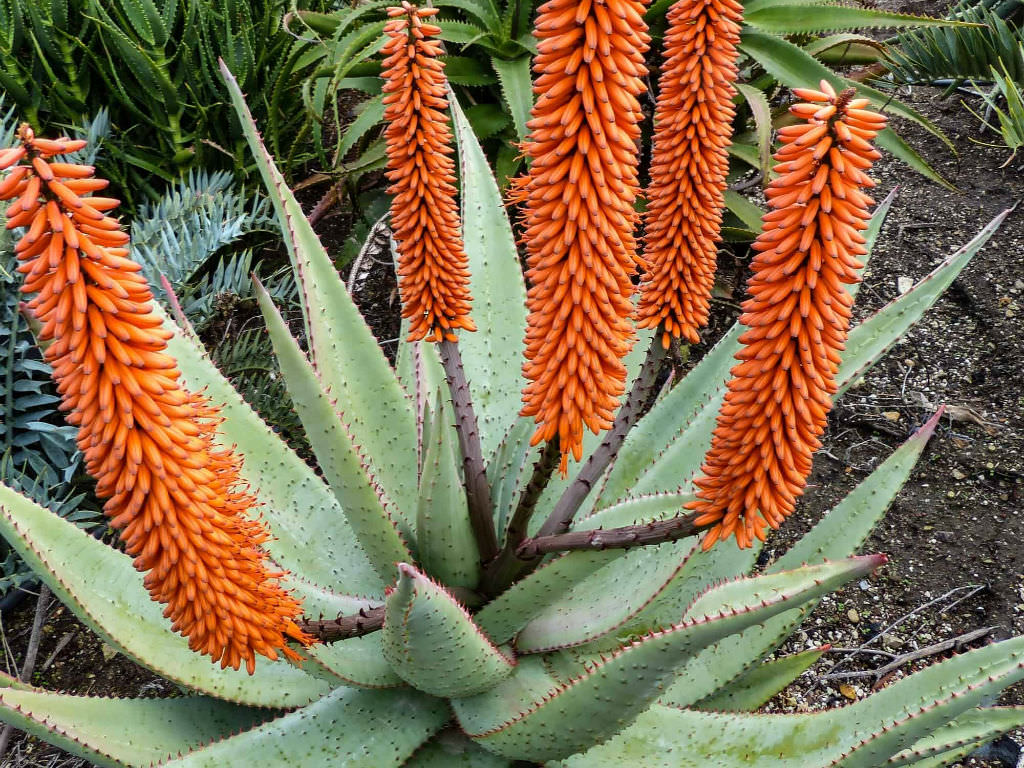 Photo by Aloes in Wonderland

How to Grow and Care for Aloe ferox

Aloe ferox is not listed as toxic for people and pets. 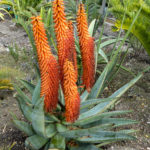 Photo by Aloes in Wonderland 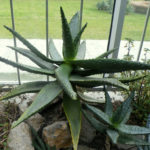 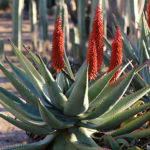