Aeonium haworthii 'Dream Color', also know as Aeonium 'Kiwi', is a beautiful showy succulent shrub that forms rosettes of brilliantly colored leaves. It grows up to 3 feet (90 cm) tall and about the same in width. The variegated rosettes are up to 5 inches (12.5 cm) in diameter. Leaves are fleshy, spoon-shaped, creamy-yellow in the center, gradually changing the color to soft green to the outside of the rosette, and have a thin rose-red band at the edges. Flowers are yellow, star-shaped and appear in clusters in summer. 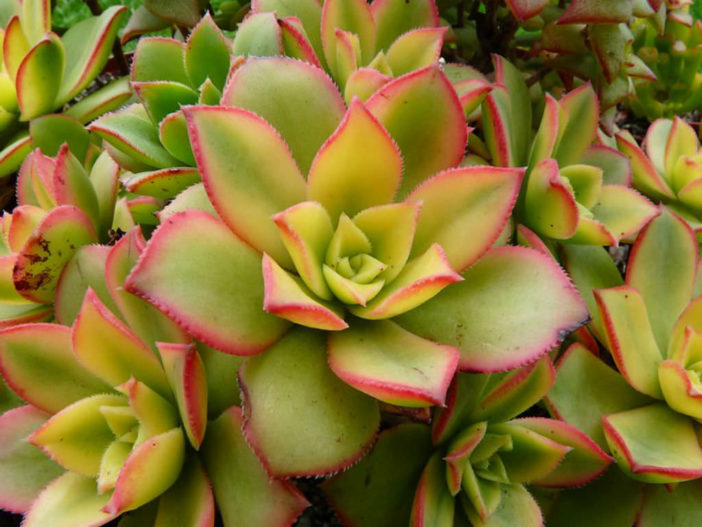 Kiwi Aeonium propagates best by vegetative methods, but they will also grow from seed. Stem cutting propagation is the simplest and most effective means. The cuttings will root any time of year, although those taken during the spring and summer months root fastest and are least likely to develop rot.

Learn more at How to Propagate Kiwi Aeonium. 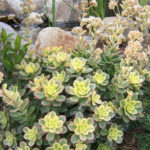 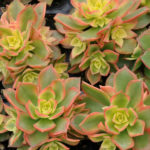 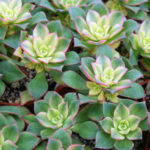