Aeonium haworthii is a winter-growing, freely-branching, succulent shrub, up to 2 feet (60 cm) tall and with an equal spread. On its many branches are borne rosettes, up to 4 inches (10 cm) in diameter, of bluish-green leaves that are keeled on the lower surface and often tinged red along the ciliate margins. The flowers, which appear in late spring, rise above the foliage in a branched inflorescence and are very pale yellow to nearly white and sometimes tinged pink. 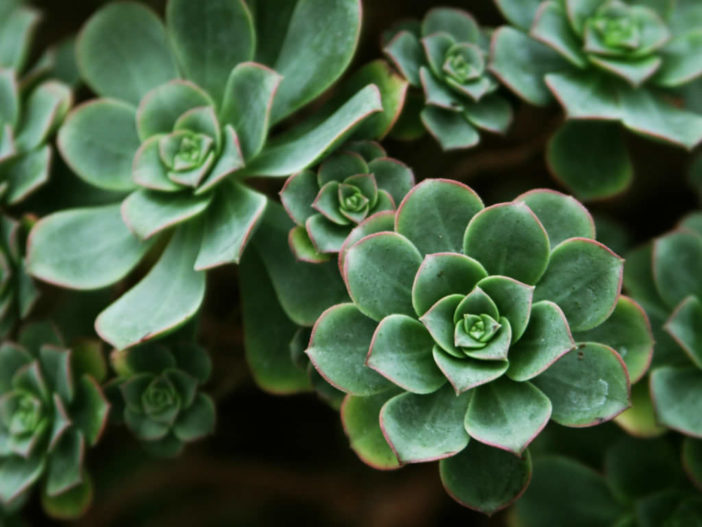 Aeoniums do not like really hot or dry weather. They may go dormant in summer and do not require any water, except in very dry conditions. In extreme heat, their leaves will curl, to prevent excessive water loss. Growing them in moist shade will keep them growing, but their true growth season is winter to spring, when temperatures are cool, 65 to 75 °F  (18 to 24 °C), and damp. In the winter, water whenever the soil has dried out. Test by poking your finger down into the soil an inch or 2 (2.5 to 5 cm). Too much moisture or allowing them to sit in wet soil will cause root rot.

A sandy loam or regular potting mix is better than a mix specifically for cacti and succulents, since Aeonium need some moisture. If you are growing them in containers, repot every 2 to 3 years with fresh potting soil.

Feed during the growing season with a half strength balanced fertilizer, every month or so. Do not feed while dormant. 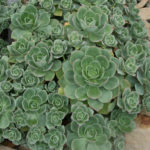 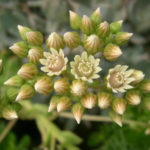 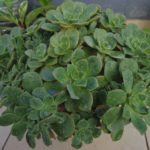