Agave americana, commonly known as Century Plant, has antiseptic, wound-healing, and anti-inflammatory properties, which explain its uses externally as a medicinal herb to treat burns, bruises, minor cuts, injuries, and skin irritation caused by insect bites. In Central America, the juice from Agave has, for a long time, been used as a treatment for wounds. The Aztecs and Mayans used Agave juice and egg whites to make a poultice that was then laid on wounds to speed healing.

Traditionally, it was used internally to treat ulcers, stomach inflammation, tuberculosis, jaundice, and other liver diseases, syphilis, and menstrual problems. Additionally, it is used to treat high fever by inducing sweat. Finally, a poultice made from the root and the leaves is often used to treat toothache.

Century Plant was used as an herbal remedy for weak digestion, intestinal gas, and constipation. The juice has antibacterial properties and can be used internally to control the growth of decay bacteria in the stomach and intestines. Although Agave seems like a laxative, the plant can also be used as a treatment for diarrhea and dysentery. In addition, this medicinal plant is the source of hecogenin, a compound used in the production of many steroidal drugs. 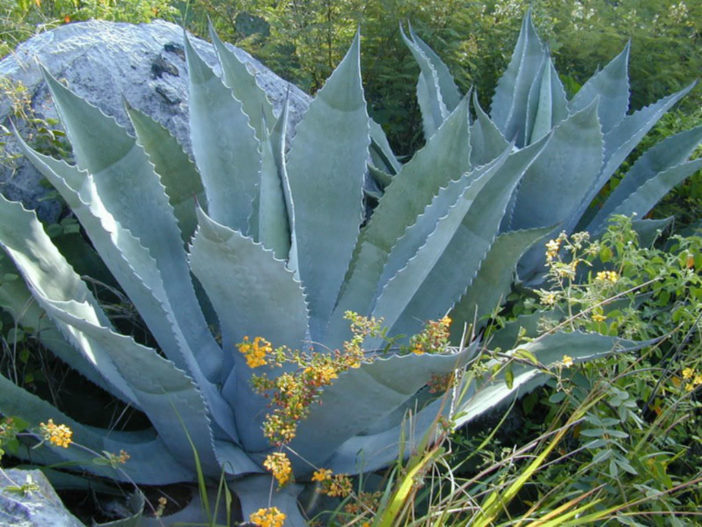 Agave is also a food source. The flower stalks and the base leaves of Century Plant can be roasted and consumed. A sweet juice tapped from the flower stalks can be drunk or used to make an alcoholic beverage such as pulque. Other Agave species are also used to make traditional alcoholic drinks such as mescal and tequila, made from Agave angustifolia and Agave salmiana. In addition, the leaves from both A. americana and Agave sisalana are used to make woven mats and paper. The sharp thorns at the tip of the leaves of A. americana also serve as needles and nails.

An extract of the leaves or the roots is used to make soap. The plant contains saponins, which can form a lather in water that's sometimes effective for cleaning. The leaves or roots are cut into small pieces and then simmered in water to extract the saponins.

Possible Side Effects and Interactions

Pregnant women should not use Century Plant internally. Large quantities of the plant can irritate the digestive system and even cause liver damage. In addition, the plant can trigger an allergic reaction in some people and cause irritation and rashes. Caution is advised when the plant is collected and handled because of the sharp blades at the tip of the leaves.