Senecio 'Hippogriff', also known as Curio x peregrinus or Senecio x peregrinus, is a beautiful succulent plant with leaves that look like tiny, little dolphins jumping out of the waves. It grows up to 6 inches (15 cm) tall. As the leaves grow, they become more and more similar, perfecting themselves as an impressive potted plant. Flowers are small, white, and form tightly compacted puffballs. They appear in the fall. Each bloom has a halo of deep red to golden yellow filaments. 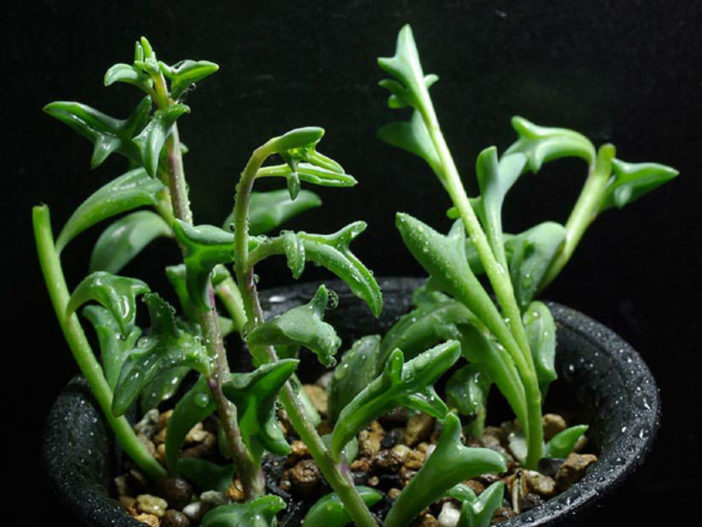 Like all succulents, these plants are tolerant of dryness periods but will need to be kept moist enough to prevent the dolphin leaves from puckering. Choose a well-draining potting medium and use a container that is just a bit larger than the plant. Dolphin Plants thrive in slightly crowded conditions.

Dolphin Plants may just be another novelty plant, but they are also selective about some of their care. Their cultivation requirements are similar to their parent plants. Provide them with bright but indirect light.

Allow soil to dry out between watering. On average, plants need to be watered once per week in the growing season but only once per month in the dormant period. See more at How To Grow and Care for a Dolphin Necklace (Senecio peregrinus). 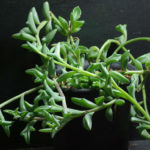 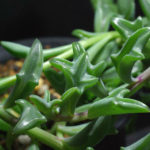 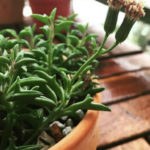