This succulent is native to Japan.

Phedimus aizoon var. floribundus, formerly known as Sedum aizoon var. floribundum, is a smaller form of Phedimus aizoon, which is considered by some authors as a variety. It is a succulent plant with upright, usually unbranched, up to 20 inches (50 cm) tall stems that grow from a thick woody rootstock. Leaves are green with dark red edges, up to 2.8 inches (7 cm) long and up to 1 inch (2.5 cm) wide. In summer, the stems are topped with clusters of light yellow, star-shaped flowers.

The varietal epithet "floribundus" means "freely flowering." It derives from the Latin verb "flos," meaning "flowers" and "abundus," meaning "copious," and refers to the abundant flowers. 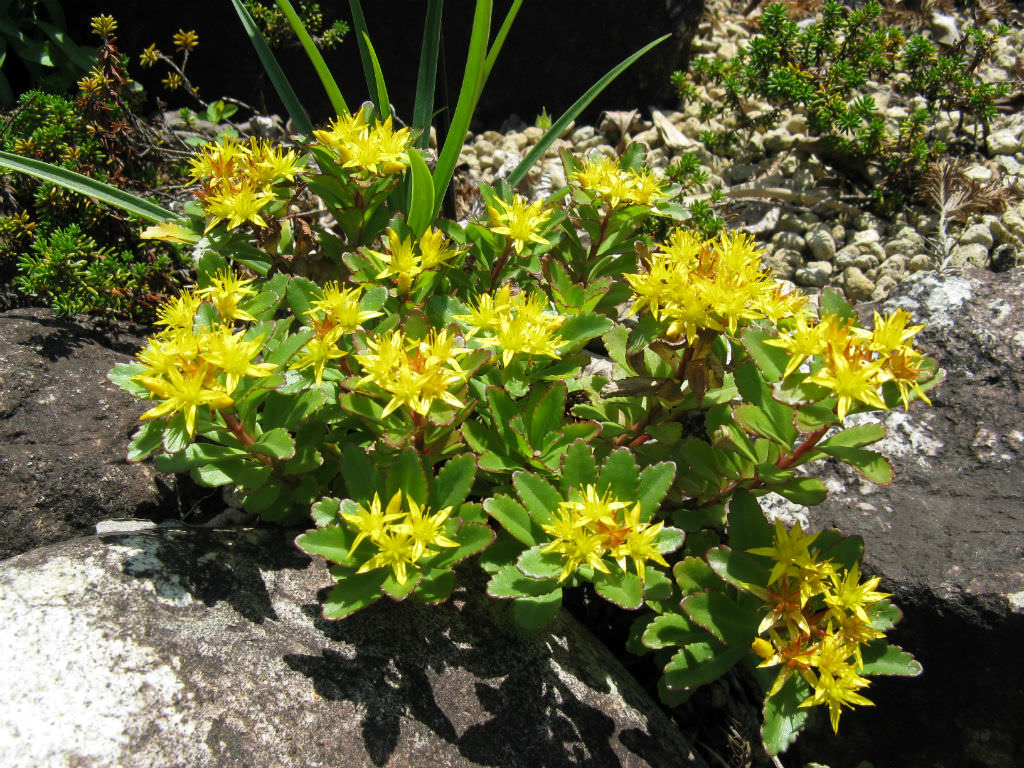 How to Grow and Care for Phedimus aizoon var. floribundus

Light: This light-loving plant will tolerate partial shade, but it prefers full sun and grows best in warmer environments. Plant P. aizoon var. floribundus in an area of your garden that gets at least 6 hours of sunlight a day.

Soil: This succulent thrive in any well-drained soil. Good drainage is critical for preventing root rot or fungal diseases.

Hardiness: P. aizoon var. floribundus tolerates frost and can stay outdoors when the temperature drops below freezing. It can withstand temperatures as low as -30 to 30 °F (-34.4 to -1.1 °C), USDA hardiness zones 4a to 9b.

Watering: The best way to water your P. aizoon var. floribundus is to use the "soak and dry" method. Get the soil completely wet, and then wait until the soil is dry before watering again.

Fertilizing: Feed with low-balanced fertilizer to keep your plant happy and healthy. Use a diluted dose of half the strength recommended on the package.

Repotting: Repot your plant when it outgrows its current pot by moving it out to a larger container to hold the plant better. Spring is the best time to repot P. aizoon var. floribundus. Make sure the soil is dry before you begin the repotting process.

Propagation: Like all members of the genus Phedimus, this succulent can be grown from seeds, division, or stem cuttings. Dividing your P. aizoon var. floribundus is the best method to propagate because it is easy and usually very successful. Divide in spring when new shoots are seen. P. aizoon var. floribundus is also easily propagated from cuttings. Sow seeds in spring in well-drained soil in a sunny position.

Learn more at How to Grow and Care for Phedimus.

P. aizoon var. floribundus can be mildly toxic to humans and animals. 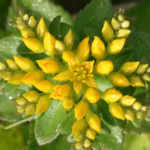 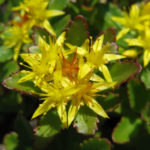 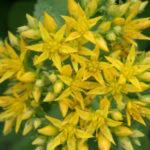