Kleinia anteuphorbium is a summer dormant, deciduous, succulent shrub that has a generally upright growth habit up to 5 feet (1.5 m) tall. It has long, arching, pale gray-green, segmented, round stems striated with darker longitudinal lines and small, gray-green, lanceolate leaves that lie appressed along the stems near the branch tips. In fall appear the very rayless flowers that have white, disk flowers with yellow stigmas and anthers. 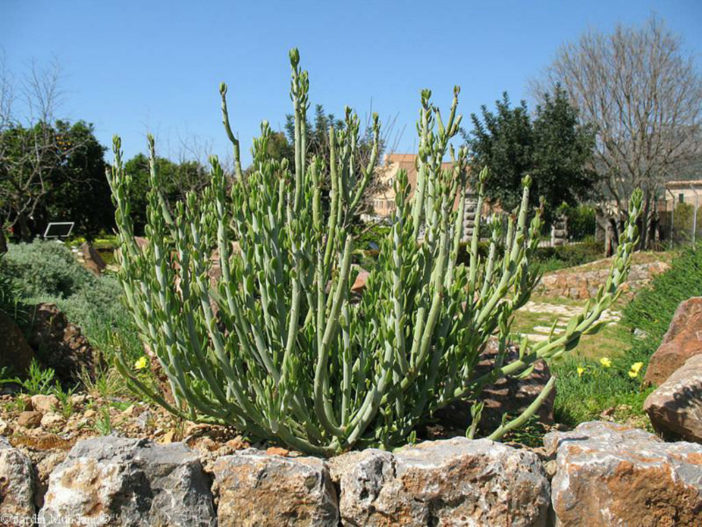 Established Senecios are extremely drought tolerant. They do need some water, during the summer, but do not leave the soil wet for prolonged periods. Allow the soil to dry out between waterings in the winter, when they are somewhat dormant. Since they are growing in sandy soil, nutrients will need to be replenished. Fertilize annually, but lightly. Too much fertilizer will cause a lot of leggy growth.

Taller varieties can get floppy. You can prune them back to where the stem is firm, in very early spring. You can even root the cuttings.

Plants can be divided or repotted in early spring. If you are growing them in containers, they enjoy spending the summer outdoors. Wait until there is no danger of frost and move them back indoors in the fall.

Senecio can be grown from either seed or cuttings. Seeds prefer warm temperatures, around 55 °F (13 °C), and constant moisture to germinate. Cuttings are easier and faster. Cut during the growing season, early spring to fall. Root in sandy soil, in containers… – See more at: How to Grow and Care for Senecio

Kleinia anteuphorbium is native to North and Northeast Africa (from Morocco to the Arabian Peninsula). 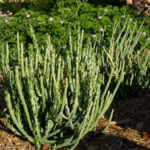 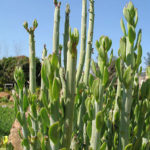 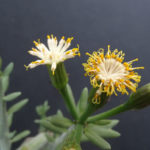