Zygophyllum, a genus of rounded, many-stemmed dwarf shrubs, is characterized by flowers with 5 or 4 delicate yellow or white petals, often with red markings towards the base, and fleshy bifoliolate leaves. The more than 50 species the genus contains are distributed in arid and semi-arid regions of Africa, the Mediterranean Basin, central Asia and Australia.

The genus name dates back to 1753 when Linnaeus established the name based on the species Zygophyllum fabago. Zygophyllum is derived from the Greek words "zygos", meaning joined, and "phyllon", meaning leaf, referring to the paired leaves of many of the species.

Zygophyllum is found in many deserts and semideserts of the world, including some of the most arid habitats in which plant life is possible. Species are found in various habitats along hill slopes, dry rivers, ridges, road verges, in coarse sandy soil, calcareous sand and brackish soil.

Species of Zygophyllum are usually not found in cultivation. Some of them are very attractive with their yellow, delicate petals and interesting fruits, and will undoubtedly be suitable for growing in gardens. 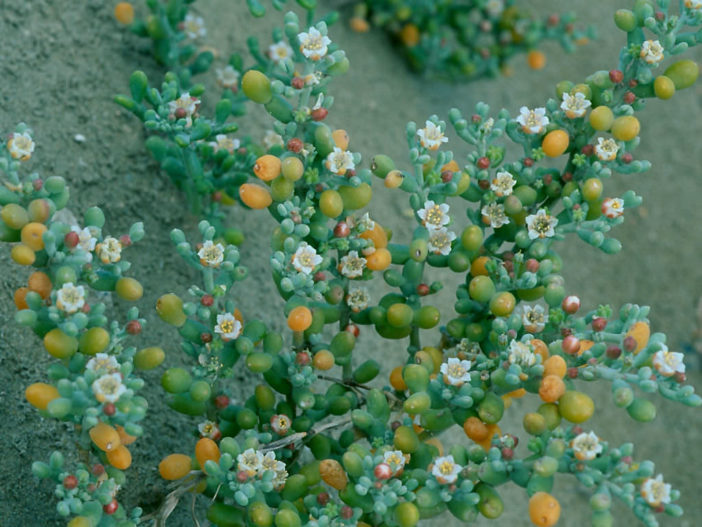 It can be done from seed or by taking cuttings in spring.