Aloiampelos (commonly known as Climbing Aloes), formerly Aloe ser. Macrifoliae, is a genus of succulent plants comprising 7 species found in southern Africa. They are typically multi-branched, climbing or sprawling shrubs with long, spindly stems and a large, woody base on the ground. These characteristics, as well as their soft, narrow, triangular leaves whose lower part ensheathes the stem, make them easy to distinguish. The genus is centered in the Eastern Cape, South Africa where they are also particularly common. A few rare species also occur in isolated pockets further west in the fynbos vegetation of the Western Cape.

Climbing Aloes that are indigenous to regions with tall, thicket vegetation are tall and erect, often with hooked, recurved leaves that allow the Aloes to anchor their branches and climb up through trees and thickets. In contrast, the species from drier regions with low, sparse, fynbos vegetation tend to be more "decumbent", rambling along the ground with no need for their leaves to be recurved. 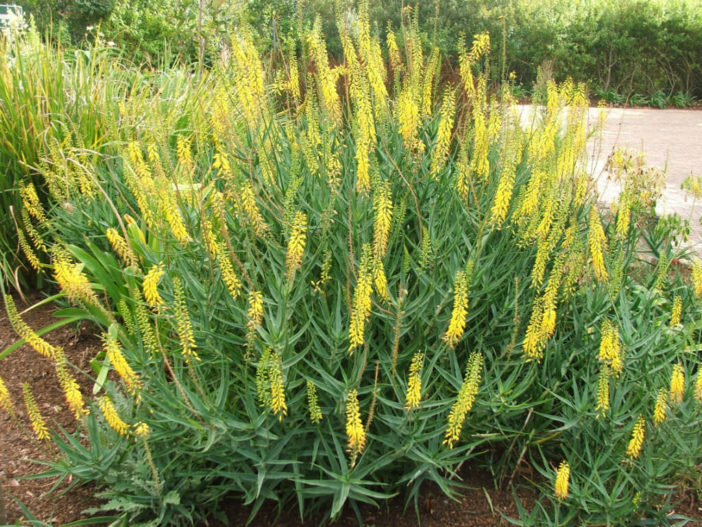 They can easily be propagated by taking cuttings as well as by seed. Climbing Aloes generally have both male and female flowers on each plant, but an individual plant is usually not self-fertile by itself. However, some of the species are also inter-fertile, and can thus form hybrids.