Aloiampelos gracilis is a much-branched, succulent shrub. Its thin stems grow tall and erect from its base on the ground, often reaching 6.67 feet (2 m) in length, and branching near the base. When it is not climbing on other vegetation or fences, the mass of semi-erect stems forms a shrubby bush. Its narrow, succulent leaves are dull-green with tiny, soft, white teeth along the margins, and it normally flowers from May, through to August. It can easily be distinguished from other species in the genus by its up to 1.8 inches (4.5 cm), thin, bright red flowers which appear on multi-branched racemes. 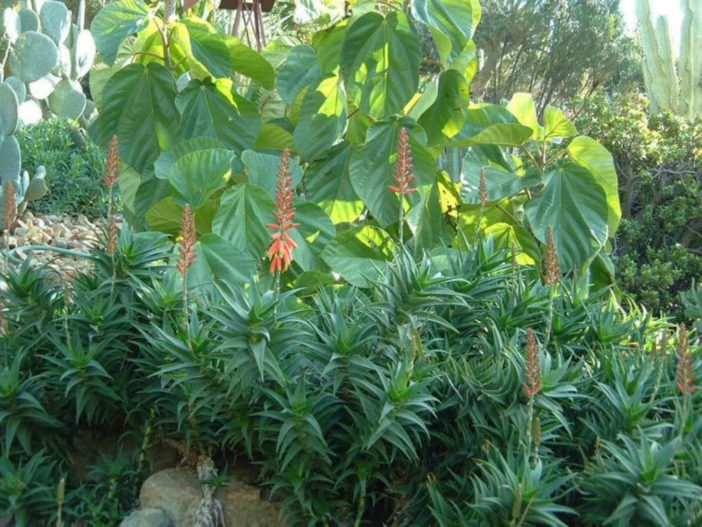 They can easily be propagated by taking cuttings as well as by seed. Climbing Aloes generally have both male and female flowers on each plant, but an individual plant is usually not self-fertile by itself. However, some of the species are also inter-fertile, and can thus form hybrids… – See more at: How to Grow and Care for Climbing Aloes

Endemic to the area around the city of Port Elizabeth, South Africa. 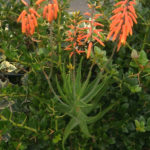 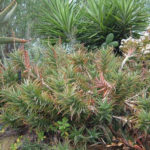 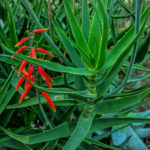