Euphorbia flanaganii f. cristata is a succulent plant with a swollen underground stem. Euphorbia flanaganii has two cristate forms. One with a cristate central shoot and normal cylindrical lateral shoots developed on it and another with cristate lateral shoots only, without main shoot. The form with lateral shoots type cristation is very common in cultivation. It looks very different from the species and forms a thin flattened crowded cluster and develops, in time, a large cushion-like mass, up to 6 inches (15 cm) tall and up to 12 inches (30 cm) wide, which resemble a wavy emerald-green coral. The form with caudex cristation forms a snaky, fan-shaped ridge with normal cylindrical lateral shoots developed on it. It is quite rare and very different from the cristation involving a lateral shoot. 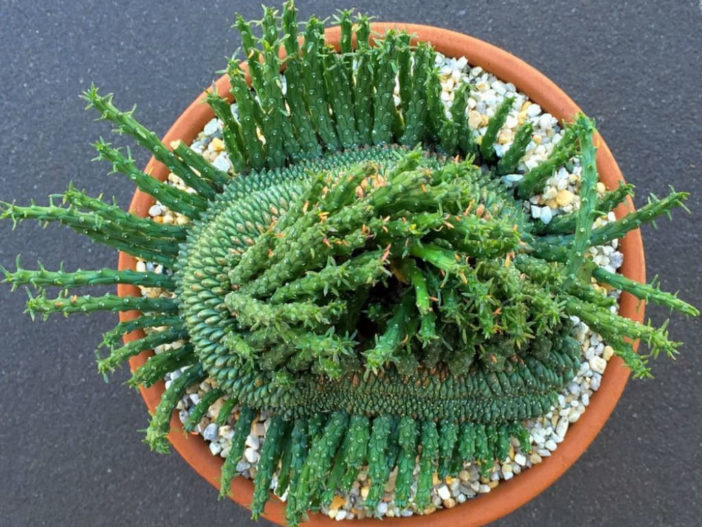 Unlike most succulents, Medusa's Head does not handle long periods of drought well. It may need weekly watering during the summer. Water whenever the soil is dry several inches below the surface. It warns of a lack of water by gradually curling up its arms toward the center. Water deeply, but don't let them sit in wet soil, which can cause root rot.

It thrives under direct sun and needs at least 6 hours of direct sun per day for decent health and growth. On brighter subjects, Medusa's Head makes an exceptional container plant, and it can also be put into gardens so long as it is protected from freezes.

Once it reaches a certain size, a mother plant will produce pups on older arms' ends. The growth starts as a swelling at the end of an arm and rapidly grows its own caudex and arms. After a time, if they don't root on their own, the arm shrivels and allows the pup to roll away, where it rapidly grows if given access to soil and water. If you're not careful, you can end up with a whole greenhouse full of them.

Learn more a How to Grow and Care for a Medusa's Head (Euphorbia flanaganii). 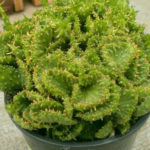