Cotyledon orbiculata 'Mucronata' is an upright, sparingly-branched succulent, up to 2 feet (60 cm) tall, with beautiful dumpling-shaped leaves. They are upwardly inclined and are tightly overlapped with all parts of the leaves covered with a white powder, likened by some to "icing sugar" and have strongly undulating flat margins. In summer, appear up to 1 foot (30 cm) tall inflorescences topped with dangling reddish-orange flowers. 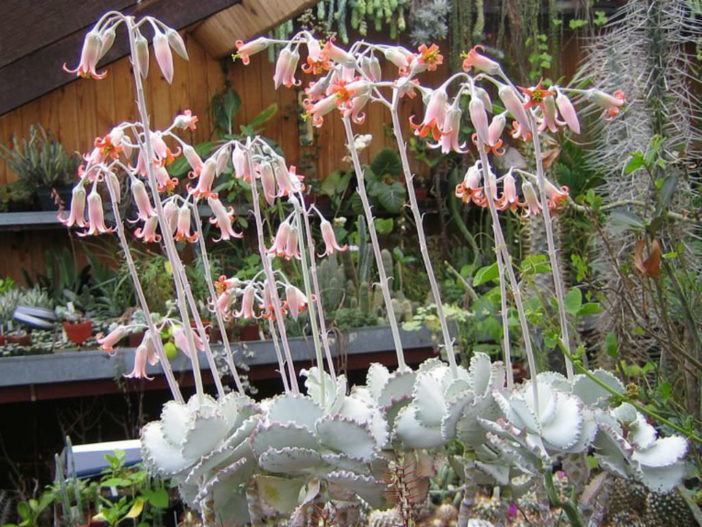 Cotyledons can be divided into two groups. One group consists of evergreen plants with a summer growing period. The other group is made up of deciduous plants, splendidly magnificent with large, solid fleshy stems. The second group grows during the winter and sheds its leaves during the summer.

Cotyledons require a free-draining gritty mix and plenty of sunlight. They are tolerant of cool, frost-free conditions during the winter if kept dry. Some require pruning to maintain an attractive shape.

Cotyledons should be kept in a sunny position. Follow general succulent watering procedures. Be careful of over-watering when they are deciduous.

As succulents go, Cotyledons certainly are rewarding garden and indoor subjects, practically independent of irrigation in all but full desert conditions. However, they cannot survive poor light or bad drainage in the wet. See more at How to Grow and Care for Cotyledon

This cultivar has been wrongly named as Cotyledon undulata in collections and books. The correct name, Cotyledon orbiculata 'Mucronata', was published by Lamarck in 1786. Jean-Baptiste Lamarck (1744–1829) was a French naturalist, soldier, and biologist who influenced the Theory of Evolution. 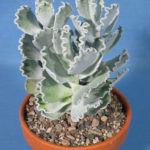 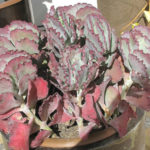 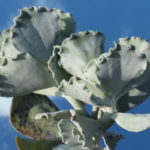