This succulent is an old hybrid resulting from the cross between Agave filifera and Agave mitis var. albidior. It is created by the Belgian Agave collector Jos de Vleeshouder.

Agave × romani is a succulent that forms rosettes of pale green to bluish-green leaves with nice red-brown edges. It is quite variable in size and the color of the leaves. Leaves are thick, fleshy, channeled with short red-brown spines along the edges and a terminal spine. 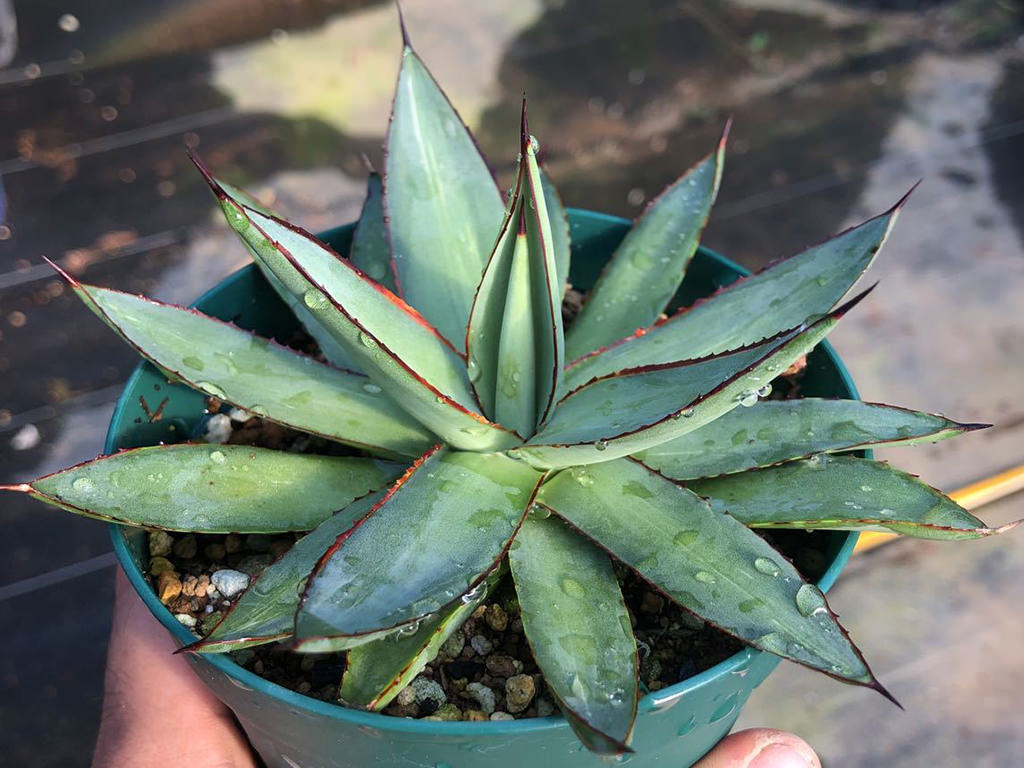 How to Grow and Care for Agave × romani

Light: Like all Agaves, this plant requires full sun to partial shade. If growing A. × romani indoors, choose a bright, sunny window with as much sun as possible. From spring to fall, it loves going outside.

Soil: A. × romani will tolerate most soils as long as they have good drainage, but its preference is sandy or rocky soil.

Hardiness: During the growing season, it likes warm temperatures, while in winter, when resting, this succulent enjoys cooler temperatures. A. × romani can withstand temperatures as low as 15 to 35 °F (-9.4 to 1.7 °C), USDA hardiness zones 8b to 10a.

Watering: From spring to fall, water thoroughly when the soil becomes dry. In winter, water sparingly about once a month. Plants in containers require more frequent watering than those in the ground.

Fertilizing: Give your A. × romani a small amount of fertilizer in the spring during the first two years. Established plants seem to take care of themselves.

Repotting: If you notice your A. × romani becoming pot-bound, repot it with fresh soil in a new pot that is just slightly larger than the old one. Give the plant a week or so to readjust before watering it again.

Propagation: Since it can take years to produce seeds, A. × romani is usually propagated by offsets. The best time to remove the offsets is in spring and summer. Sow the seeds in spring.

A. × romani is not toxic to humans but may be mildly poisonous to children and pets.