This species is native to Mexico. It is the most abundant species in the Trans-Mexican Volcanic Belt.

Agave inaequidens is a monocarpic succulent that forms a short-stemmed rosette of light green to yellow-green leaves. The rosette grows up to 5 feet (1.5 m) tall and up to 11.5 feet (3.5 m) in diameter. Leaves are more or less lance-shaped with dark brown dimorphic teeth along the margins and stout, deeply channeled above, dark brown terminal spine. They are up to 4.3 feet (1.3 m) long and up to 10 inches (25 cm) wide. After 12 to 25 years, usually from spring to summer, the rosette produces an unbranched, up to 31 feet (9.5 m) tall spike with yellow, up to 2.8 inches (7 cm) long flowers. Fruits are brown, elongated capsules with shiny black seeds. They are up to 3 inches (7.5 cm) long and up to 1 inch (2.5 cm) in diameter.

The specific epithet "inaequidens" derives from the Latin words "aequi," meaning "equal" and "dens," meaning "tooth" with the Latin negative prefix "in," and refers to the margins of the leaves, which are irregularly-toothed. 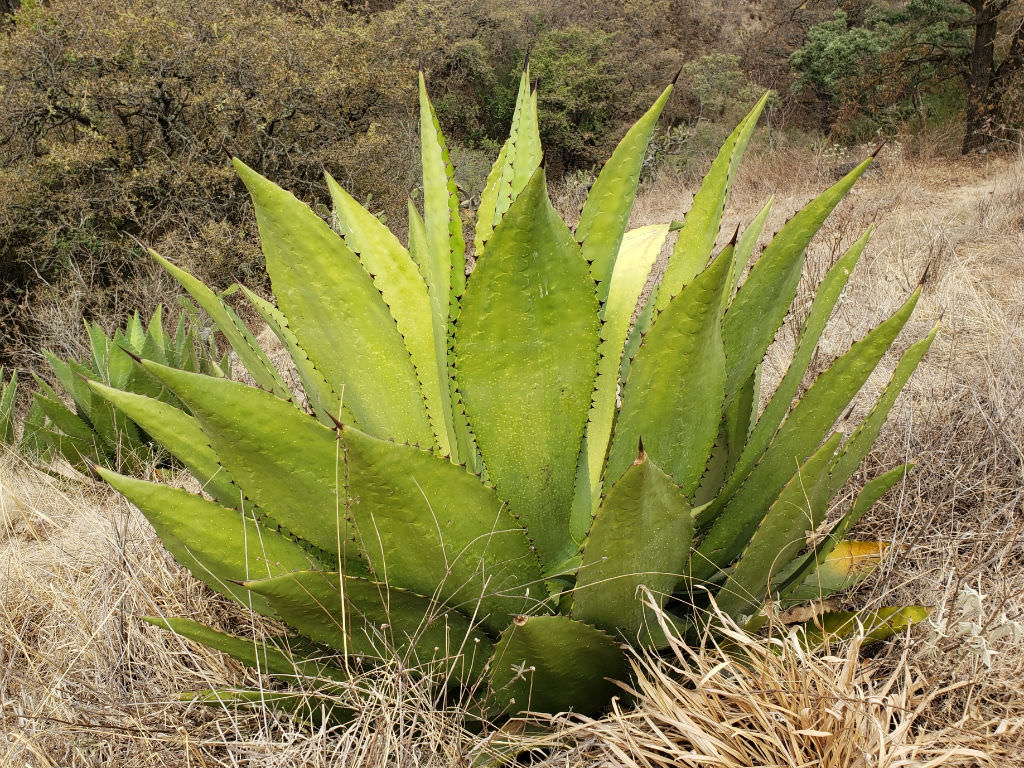 How to Grow and Care for Agave inaequidens

Light: Agaves require full sun to partial shade. If you are growing an A. inaequidens indoors, choose a bright, sunny window with as much sun as possible. These plants love going outside from spring to fall. A plant that is grown in low-light conditions becomes etiolated.

Hardiness: During the growing season, Agaves like warm temperatures, while in winter, when resting, they like cooler temperatures. A. inaequidens can withstand temperatures as low as 25 to 50 °F (-3.9 to 10 °C), USDA hardiness zones 9b to 11b.

Watering: Mature plants are very drought tolerant. From spring to fall, water thoroughly your A. inaequidens when the soil becomes dry. In winter, water sparingly about once a month. Plants in containers require more frequent watering than those in the ground.

Fertilizing: Give your plant a small amount of fertilizer in the spring during the first two years.

Repotting: When the pot becomes full of roots, the plant has become pot-bound. If you notice your A. inaequidens becoming pot-bound, repot it with fresh soil in a new pot that is just slightly larger than the old one.

Propagation: This species is not known to produce offsets, so propagation is by seeds. Sow the seeds in spring in a container with well-draining soil.

A. inaequidens is not toxic to humans, but it may be mildly poisonous to children and pets. 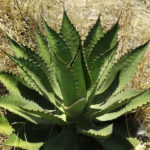 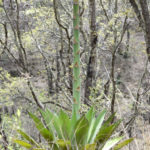 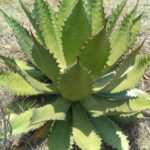