Orostachys fimbriata is a unique succulent with rosettes that slowly produce offsets to make a small eye-catching clump. Leaves are soft, fleshy brownish-to-orange, covered with a haze of glaucous gray. In late summer, the rosettes appear to be erupting like a miniature volcano. The top of the "volcano cone" is actually a flower spike adorned with small, white, star-shaped flowers. 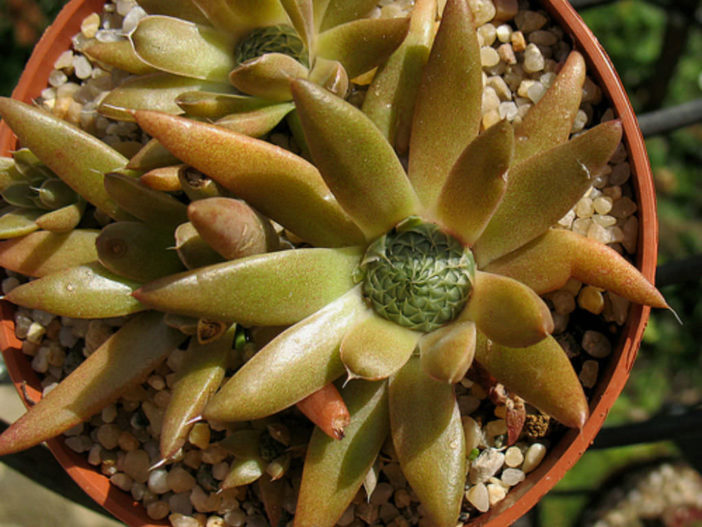 As with most similar genera of the Crassulaceae family, this plant can survive in fairly poor soil so long as it is well-draining. This genera is very cold-hardy and can survive temperatures of -30 °F (-34 °C). Allow soil to dry to the touch between waterings and avoid getting water on the rosettes. Orostachys actively in spring and summer. It requires some bright light and does not tolerate high humidity well.

Orostachys self-propagates through offshoots, and at a given time, one plant will form a dense mat of many. Propagation is primarily through offset separation.

To separate an offset, remove soil from the offset's base to find the stolon (thick root which attaches the pup to the mother plant). It is best to use an offset that has already established some roots of its own. Cut the stolon close to the pup (to discourage roots growing from the stolon). Place the offset into a small pot with well-draining, sandy soil. Do not water until new growth is noted.

Learn more at How to Grow and Care for Orostachys.

Orostachys fimbriata is native to Japan. 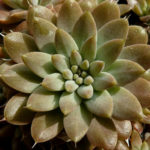 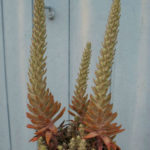 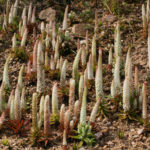