Hylotelephium sieboldii 'Mediovariegatum', formerly known as Sedum sieboldii 'Mediovariegatum', is an attractive succulent that grows up to 4 inches (10 cm) tall and up to 8 inches (20 cm) wide. It forms a rounded mound, sending out horizontal branches from the central crown. The variegated green and cream leaves are round, up to 0.8 inches (2 cm) in diameter and borne in whorls of 3 around the stem. The flowers are bright pink, star-shaped, and borne in small clusters at the ends of the stem. 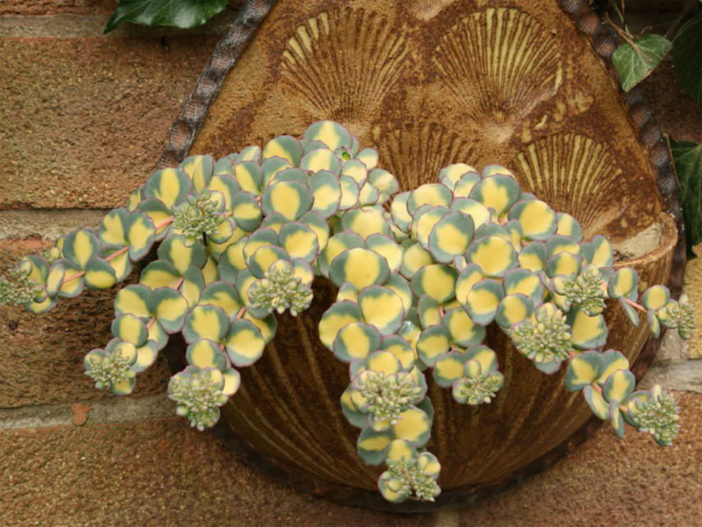 October Daphne does best in full sun to partial shade. It prefers dry to average moisture levels with very well-drained soil and will often die in standing water. It is considered to be drought-tolerant and thus makes an ideal choice for a low-water garden or xeriscape application.

Position October Daphne in full sun or light shade, ensuring that the soil is fertile and well-drained. In very hot locations, some shade is best.

Water moderately in the growing season, allowing the soil to dry out a bit between waterings. Note that when growing plants in outdoor containers and baskets, they may require more frequent waterings than they would in the yard or garden.

Feed every two weeks in the growing season, beginning when new shoots appear and continue until the fall. Use a dilute solution of a standard liquid fertilizer.

Learn more at How to Grow and Care for Hylotelephium. 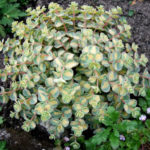 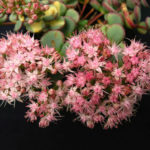 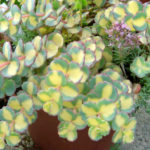