These tropical cacti, often referred to as leaf cacti, are quite unusual and bear many characteristics unlike any other plants in their family. Instead, Pereskia plants often look more like plants from other genera; for instance, they often have large, bright green leaves and long stems, two characteristics uncommon among cacti. There's also lots of diversity among leaf cacti, in growth habit, and preferred treatment.

Nonetheless, Pereskias qualify as cacti because of their spines, which develop from aureoles, a distinctive characteristic of the cactus family. They can be divided into Leuenbergerias and Pereskias, and Pereskias are usually found in tropical areas while Leuenbergerias are found farther north. Many of these plants have lovely foliage; for instance, Pereskia grandifolia, which is used by native Brazilians for its medicinal properties, has large pinkish flowers that develop from the end of dense inflorescences.

They're often used as flowering hedges, and those varieties that carry edible fruits, like Pereskia aculeata, are also grown to be eaten. Many plants in the Pereskia genus are rare, and there's so much diversity within the genus that it's difficult to generalize these plant's characteristics. Still, Pereskia is, without a doubt, one of the most interesting and unusual genera of cacti.

Light: Lots of direct sunlight every day; like all cacti, Pereskias will benefit from tons of light exposure.
Water: Err on the side of underwatering rather than overwatering. They can be watered fairly infrequently and survive.
Temperature: There's some variance depending on the species' place of origin, but these are generally tropical plants that require warm temperatures.
Soil: Use a typical cactus potting soil that contains some organic material, and make sure their drainage is good to avoid damaging the roots.
Fertilizer: Feed regularly with a balanced, water-soluble cactus fertilizer to increase their propensity to bloom. 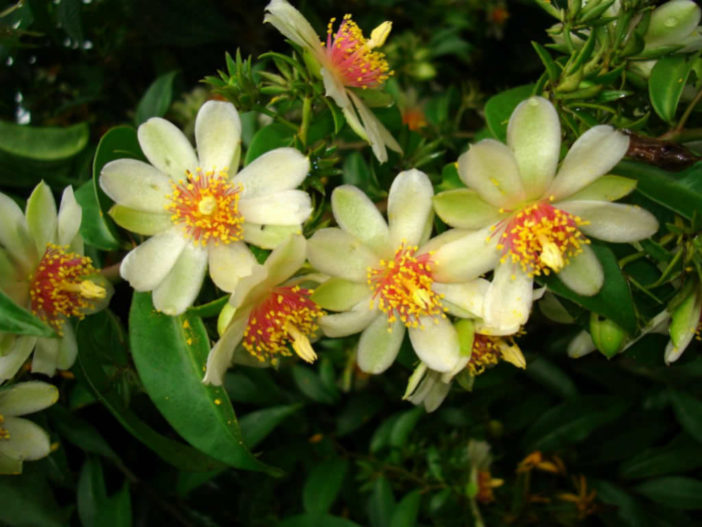 These cacti can be propagated fairly easily by taking cuttings. Snip off a piece of about a few inches long, treat with a good rooting hormone, and plant in cactus potting mix. It can take a little while for cacti to root, but they aren't picky about propagation and should grow easily in a new environment. Remember to keep them in a warm, moist area.

They like dry conditions and don't need to be repotted often, but still, it's a good idea to refresh their soil by repotting occasionally. Be careful when repotting any cactus not to get hurt by their sharp spines, and lift the plant from its mix and replace it in a new container before backfilling with soil. Do not water for a few weeks after repotting; the plant is still acclimating to its new container.

As with many cacti, Pereskias can be almost ignored and still flourish. One of the major advantages that succulents pose as houseplants is their ease, and overwatering or overfeeding them is a bigger danger than neglecting them because it can damage their roots. If you repot them, remember to leave them alone for a brief period to avoid overstressing them, and make sure to keep an eye out for common houseplant pests. Many of these cacti can't really be grown as houseplants anyway due to their shrubby growth habit, and others are very rare, but when you do find out Pereskias can be good in cultivation.