Gymnocalycium, commonly called Chin Cactus, is a genus of about 70 South American species of cacti. The genus name Gymnocalycium (from Greek, "naked calyx") refers to the flower buds bearing no hair or spines.

Their main distribution area is Argentina, part of Uruguay, Paraguay, southern Bolivia, and part of Brazil. Most species are relatively small, varying from 2 to 6 inches (5 to 15 cm) in size. In cultivation, they are popular for their easy flowering habits, and the flowers are generally brightly colored. Where temperatures fall below 50 °F (10 °C), they must be cultivated under glass with heat.

Light: Some Gymnocalyciums are shade-seeking in the wild, among shrubs or grasses, while others grow completely exposed. Therefore, some will need a light shading from the sun in the hottest months, but to overdo, this will result in the loss of flowers.
Soil: The potting medium's balance should be sufficient to allow good drainage so that the plants do not sit in soggy soil for more than a day or two after watering.
Water: Watering in the summer months, while the plants are growing well can be frequent (weekly for small plants in small pots), but always allowing the compost nearly to dry out before rewatering. Watering in the winter months at all is unwise, and certainly not necessary. The difficult times are spring and autumn. 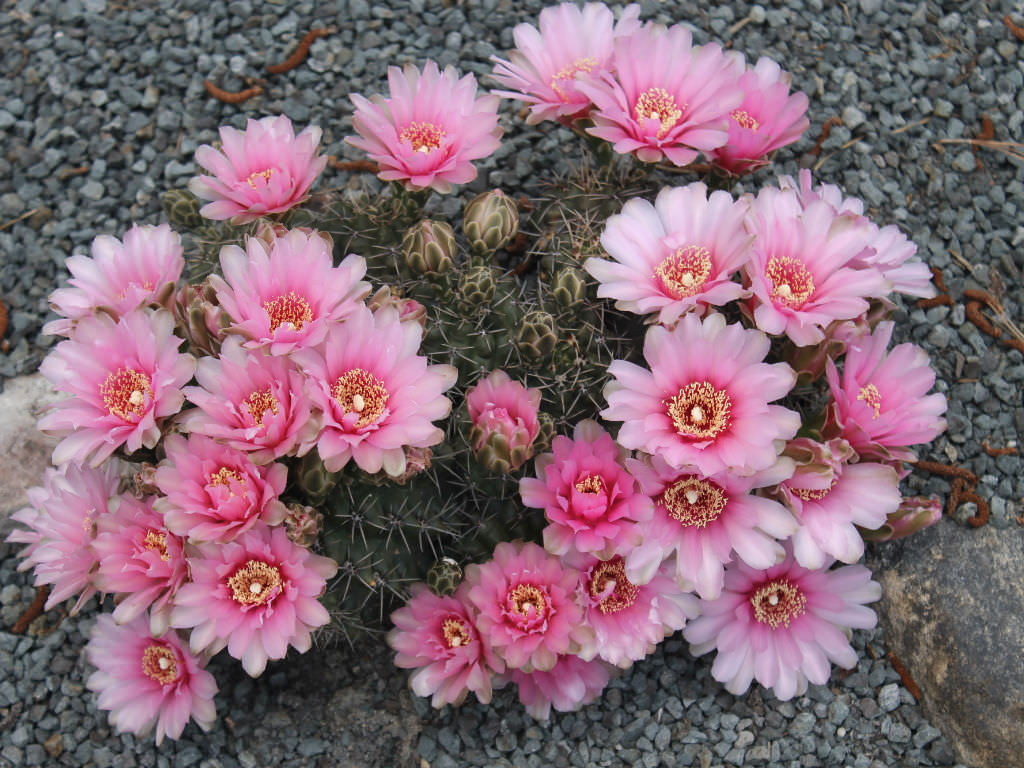 Those species which produce offsets can be readily propagated by cuttings. Gymnocalycium seed germinates well when fresh and will keep for a few years if stored in cold conditions.

It is not usually necessary to graft Gymnocalyciums, except for chlorophyll-less or strongly variegated plants. Still, it may be resorted to grow on seedlings of slow-growing species more quickly or propagate more easily solitary or cristate plants. Flat grafting seems to be the most commonly used these days, and it is the easiest to do. The best time for grafting is when both the stock (the bottom part, usually a ceroid cactus) and the scion (the top part, i.e., the Gymnocalycium you are grafting) are actively growing, generally from about April to August.

As much as any other cacti, Gymnocalyciums suffer from the persistent pest, mealybug, in both its forms. Gymnocalyciums, like other cacti, will suffer from fungal disorders if overwatered. Still, often only the root system will collapse, leaving you the job of cutting out any rot in the base of the plant and dusting with a fungicide powder before rerooting.