Euphorbia obesa subsp. symmetrica is a striking, succulent plant up to 2.4 inches (6 cm) tall, that grows in the form of a somewhat flattened half-sphere. Straight lines from the apex radiate out, indicating the edges of the equal sectors of the regular structure. Each sector is characterized by a row of dots along its midrib, the marks left by old discarded cyathia. As the plant grows, the cyathia are replaced by newer ones, new flowers, at the inner end of each row over time. The color of the plant skin or surface may be green or purplish to pinkish, probably also changing somewhat seasonally and with sun and water supply. 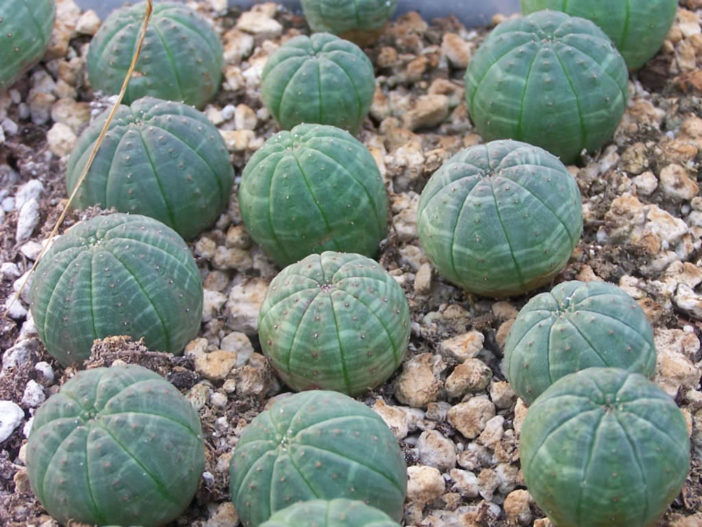 From spring through fall, water the plant thoroughly about once a week until water runs from the pot's drainage holes. At each watering, add a liquid 10-10-10 plant food at one-quarter strength, which should be about two drops of the plant food in 1 quart of water. Stop fertilizing the plant during its winter dormant period, and allow its soil to dry out before you water it again. 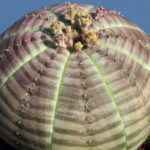 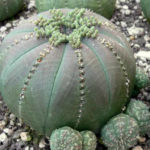 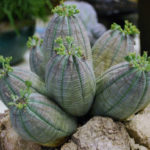