Echinopsis pachanoi f. cristata is a rare, crested form of Echinopsis pachanoi. The stem is fan-shaped, pale to dark bluish-green or green, forming with time imposing, brain-like mounds up to 3.3 feet (1 m) in diameter and height. The whitish areoles may produce up to 7 dark yellow to light brown spines up to 0.8 inch (2 cm) long. White flowers open at night and are produced at the end of the stems. They are large, up to 9.6 inches (24 cm) long and up to 8 inches (20 cm) in diameter. 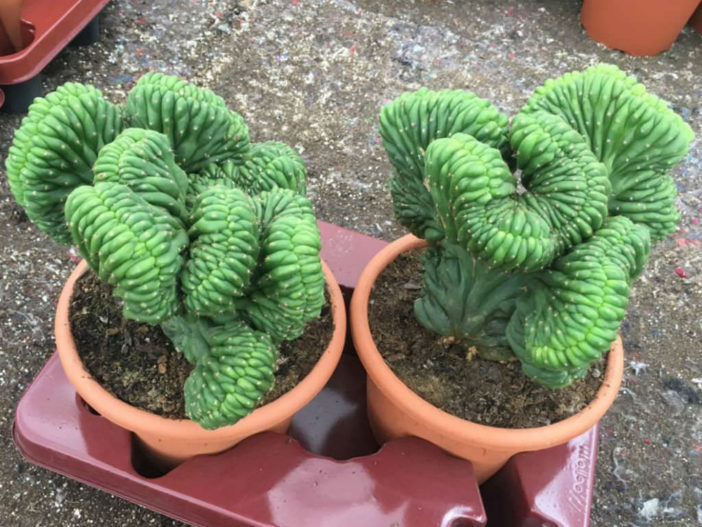 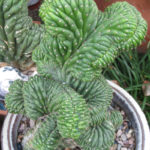 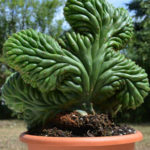 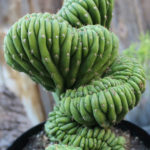