Echinopsis chamaecereus f. cristata is rare and stay quite small, making a fascinating specimen. However, these crested plant sometimes throws off normal stems that produce flowers, while the crested growth won't flower at all. The stems are pale green, fun-shaped, and up to 0.8 inches (2 cm) thick. The epidermis takes a nice purple tinge during cooler winter rest periods. 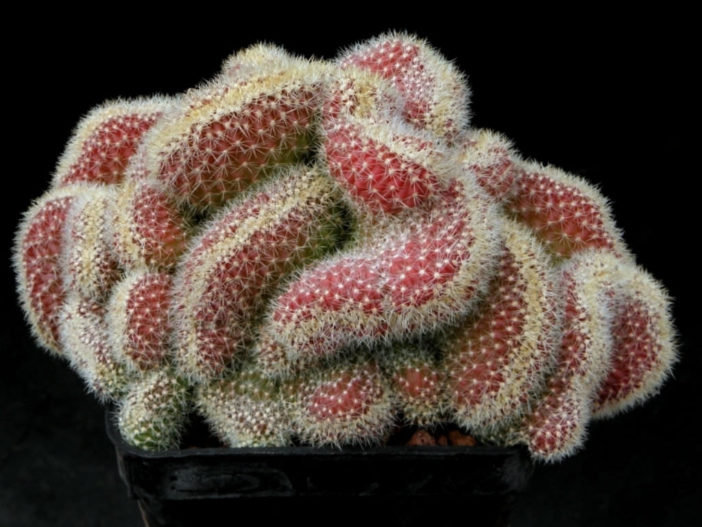 Peanut Cactus needs a well-draining potting mix. Water the plant thoroughly until water comes through the pot's holes and let the soil dry at least halfway down the pot before watering again. In winter, decrease or withhold water. The plant will look shriveled, and stems can take on a reddish tinge, but the Peanut Cactus will plump up again and return to its normal color in spring.

The plants grow well in hanging baskets or shallower, 4-inch (10 cm) nursery containers, because the cactus is shallow-rooted. Hybrids can take deeper pots. It is difficult to transplant older clumps of Peanut Cactus because the stems break apart so easily. Fertilize the cactus once a year during the growing season using a balanced fertilizer at half the recommended strength. In areas with hot, dry summers like the Southwest, grow Peanut Cactus in areas that get partial shade. In areas with cool summers or temperate climates, grow it in full sun. Learn more at How to Grow and Care for Echinopsis. 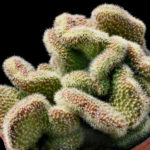 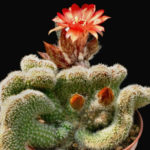 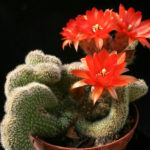