Aloiampelos tenuior var. rubriflora is a medium-sized, bushy succulent that forms clumps up to 10 feet (3 m) tall, with leaves tufted at the ends of branches. The leaves have a distinctive grayish-green color and the leaf margins have tiny white teeth. An unusually large, woody rootstock usually forms on the ground at the base of the plant. Flowers are borne on slender racemes and are red in color. It flowers throughout the year, but especially in winter, and the small flowers appear on thin, unbranched racemes. 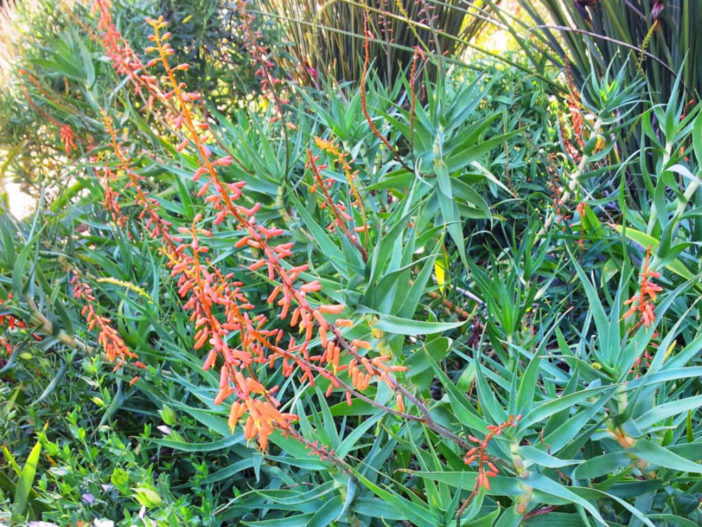 They can easily be propagated by taking cuttings as well as by seed. Climbing Aloes generally have both male and female flowers on each plant, but an individual plant is usually not self-fertile by itself. However, some of the species are also inter-fertile, and can thus form hybrids… – See more at: How to Grow and Care for Climbing Aloes

Native to the grasslands and thickets of the Eastern Cape, Kwazulu Natal and Mpumalanga, South Africa. 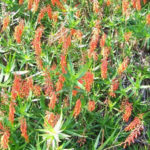 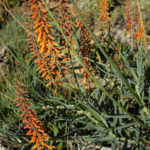 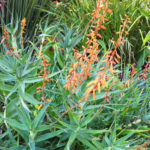