Agave shawii is a succulent that forms rosettes of green leaves with a variable pattern of marginal teeth and a terminal spine. The leaves are sword-shaped, up to 20 inches (50 cm) long, and up to 8 inches (20 cm) wide. The inflorescence forms a panicle that grows up to 13 feet (4 m) in height, whose 8 to 14 lateral flower clusters are subtended by large purple bracts. Each flower cluster consists of a mass of yellowish or reddish flowers. It generally blooms in spring, and as typical for Agaves, the rosette dies after that. 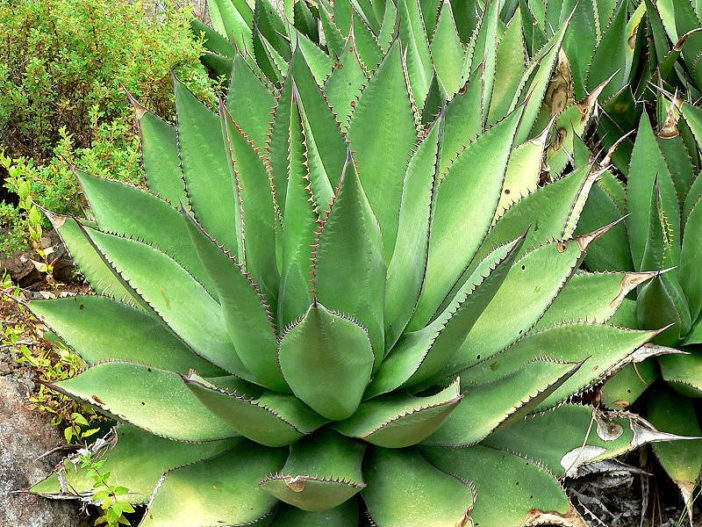 Man has been harvesting and utilizing Agaves for approximately 9,000 years. The huge plant comprised a huge part of primitive man's diet. Closely related to lilies, there are three major parts that are edible: flowers, stalks or basal rosettes, and the sap. Leaves are a lesser edible part of the plant. See more at Agave: Edible Plant.

Native to California coastal sage and chaparral habitats along the Pacific Coast of northern Baja California state of Mexico and southwesternmost San Diego County of California. 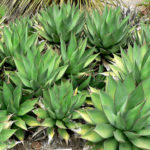 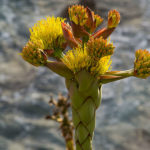 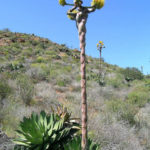