Agave parryi var. truncata 'Huntington' is a succulent that forms tight rosettes of thick, broad, pale blue-gray leaves with widely spaced small teeth and a curved terminal spine. Dark reddish-brown on new leaves, the spines fade to gray on older leaves. The leaves carry on their lower surfaces the distinct imprints of the thorny leaf margins of the previous outer leaf-bud, adding intriguing beauty. Mature plants, over ten years, are topped with a magnificent flowering spike with unusual, bi-colored inflorescences. Tinged orange in the bud, the flowers open yellow. After flowering, the rosette dies, but new rosettes formed by offsets will slowly root at the mother rosette's base. 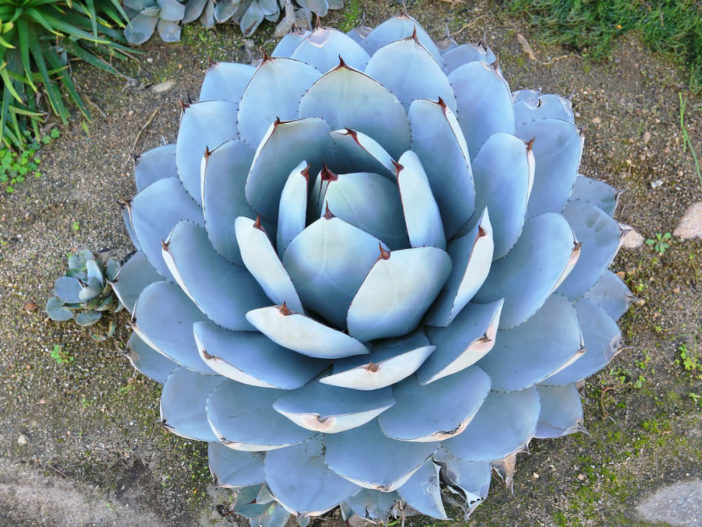 This succulent is a cultivar of Agave parryi var. truncata. 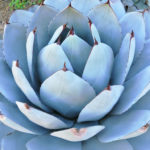 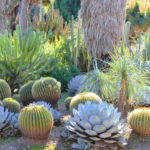 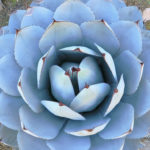