Agave parryi var. huachucensis is an evergreen, perennial succulent up to 2 feet (60 cm) tall and up to 3 feet (90 cm) wide, forming tight rosettes of broad, thick, rigid, silvery-gray leaves with a conspicuous dark terminal spine. When mature (over 10 years) a flower spike rises up to 20 feet (6 m) bearing lemon yellow flowers tinged with pink. The flowering rosette dies after flowering, but new rosettes formed by offsets will root at the base of the mother rosette to form colonies. 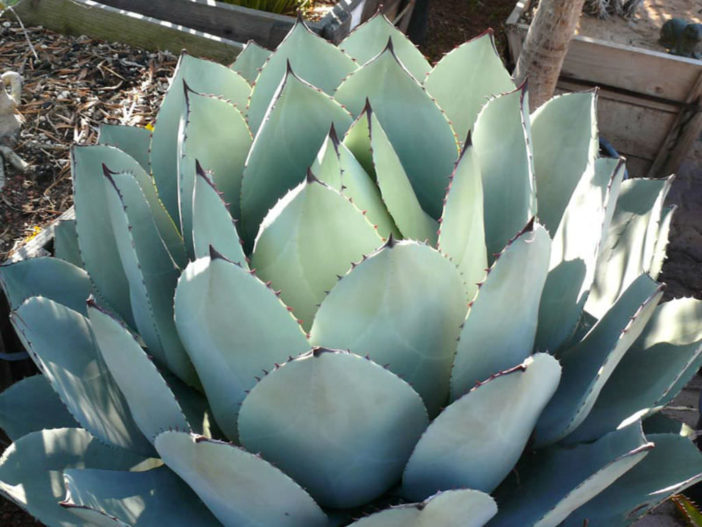 In general, Agave do not need to be repotted every year. Most of the species commonly found in cultivation grow very slowly and will take a long time to outgrow their pot. It's also best to handle your Agave as little as possible, since they do not like to be disturbed… – See more at: How to Grow and Care for Agave.

Native to Arizona and New Mexico. 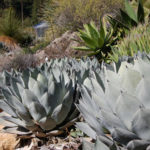 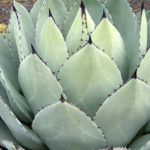 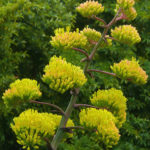