Succulent plants are nicknamed "Fat Plants" because they store water in their leaves, roots, or stems. The stored water makes these plants appear fleshy and swollen; their leaves plump and firm with the stored water.

The best-known succulents are cacti because nearly all cacti are classified as succulent plants, storing water within their flesh. Most cacti are succulents. However, not every succulent is cactus. Succulents make beautiful houseplants and are extremely desirable plants to propagate.

Propagating a new plant using a cutting from a mother plant creates a new specimen that is genetically identical to the plant from which it was taken. Therefore, successfully rooted cuttings are called "clones" because they are literally clones of their mother plant.

Many succulents can be divided and propagated from pieces cut from the stem of the mother plant with a sterile razor blade. The best place to take a cutting is at a stem node where the leaves or buds join the main stem. 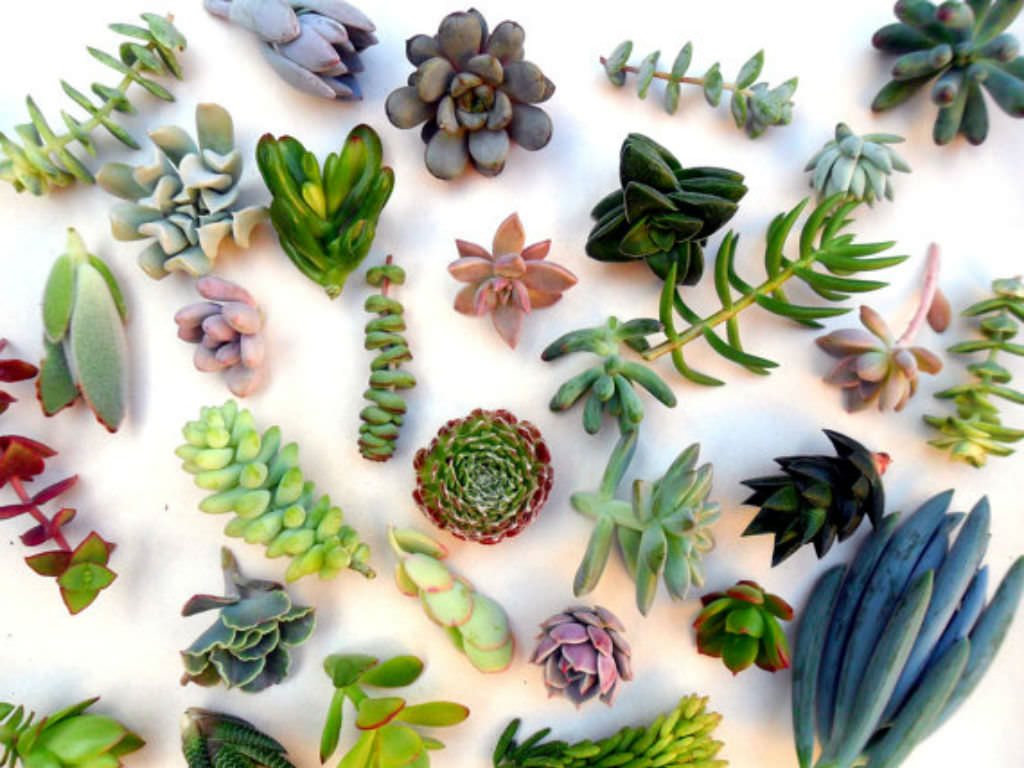 The method of division is well suited for succulents that create dense and thick root balls. These plants grow thick mats of tuberous roots that may be divided and transformed into several separate plants.

The plant must be removed from its pot, and all of the soil around the root ball should be removed; it is nearly impossible to remove all of the soil, so just try to get as much as you can. Once cleaned of dirt, you can use a sterilized knife or razor blade to divide the root mass into separate plants. Foliage will sprout from the divided root mass after the roots have stabilized themselves in the growing medium.

The majority of succulent species will produce small plants at the base of the parent plant. More clearly put, an established and healthy parent plant will generate babies that will form and grow at the original succulent base. These babies are called offsets.