Welwitschia belongs to the group of gymnosperm plants. Due to unique characteristics, botanists classified Welwitschia into a special family (called Welwitschiaceae), which does not contain any other species.

These unusual plants can be found only in the Namib Desert in Namibia and Angola and sometimes are called "Living Fossil" because they exist on the planet for millions of years. Welwitschia is prone to fungal diseases, and it is often targeted by desert animals. Luckily, this plant is still abundant in the wild, and it is not on the list of endangered species. 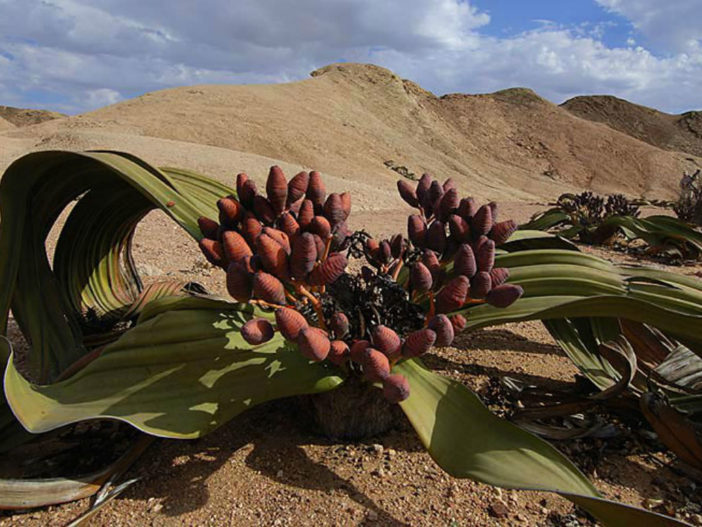