Place of the Prickly Pear Cactus

The ancient Aztecs believed in many gods, and each god had a job. For example, the sun god brought up the sun. If the sun god was unhappy, he would refuse to bring out the sun, and all the crops would die. So the Aztecs spent an enormous amount of time making sure that all their gods were happy, the time they could have spent gathering food or making needed goods.

The Aztecs solved that problem by assigning the job of keeping their many gods happy to their priests. The people still prayed. But it was the priests with the power to keep the gods happy. The priests believed the only way to keep so many gods happy all at once was to offer the gods human sacrifice. So while some people collected food and made goods, Aztec warriors spent their time capturing people from neighboring tribes, people to give to the priests, so the priests would have someone to sacrifice besides Aztec children.

As you can imagine, this did not make the Aztecs popular with their neighbors. The other tribes in an area will even combine forces if that's what it took to rid their neighborhood of the awful Aztecs. Nobody wanted them around.

For about 200 years, the Aztecs were shoved from place to place, never welcome, always on the move.

But the Aztecs had a legend. They believed their god of sun and war had visited their priests long ago and had promised the priests that one day a priest would spot an eagle perched on a cactus, holding a snake. This would be the signal that they had found their home. This is where they were supposed to settle down and build a city. Part of the legend was that they were supposed to settle down peacefully, at least for a while, to give themselves time to build strength. 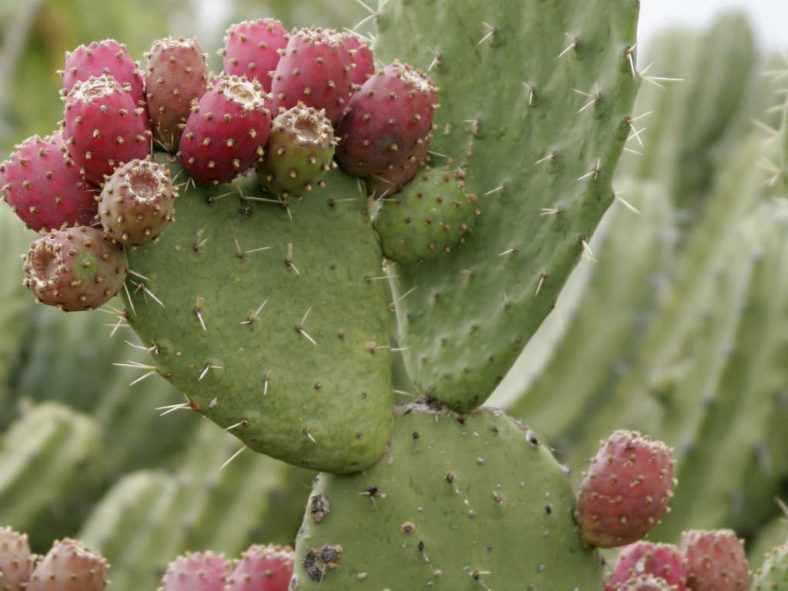 Believe it or not, one day, a priest saw an eagle perched on a cactus, holding a snake in its mouth! He could not believe his eyes. So he ran back to the Aztec camp to tell his people what he had seen. This happened in the Valley of Mexico, along the swampy shores of Lake Texcoco.

Legend says that the Aztec people hurried to the swampy shore of the lake to see this wonderful sight for themselves. As they watched, the cactus grew into an island. So the Aztecs settled down on that island. They named the island Tenochtitlan "The Place of the Prickly Pear Cactus."